Home News On this day 1984: Everton beat Watford in the FA Cup final

On this day 1984: Everton beat Watford in the FA Cup final 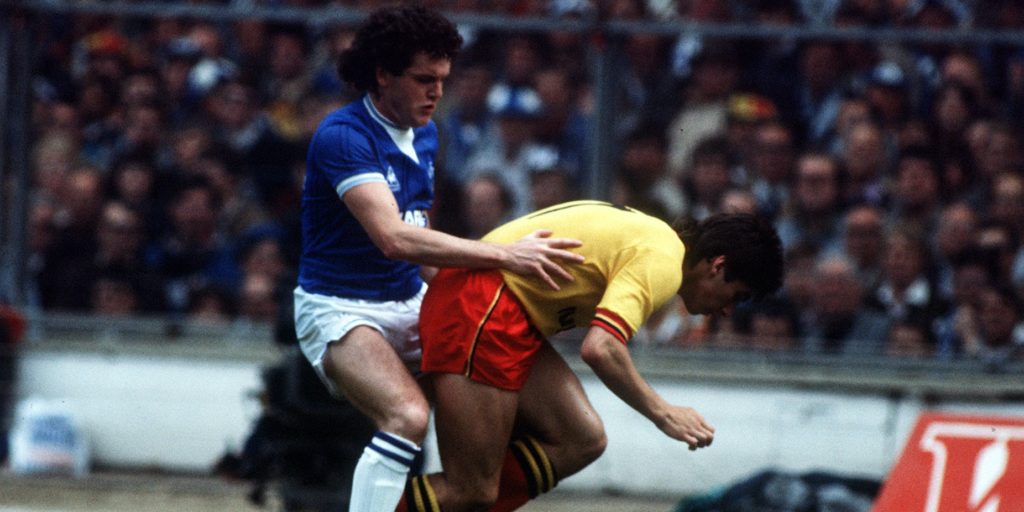 The 1984 FA Cup final pitched Howard Kendall’s resurgent Everton with a Watford team who had undergone a meteoric rise under Graham Taylor and chairman Elton John.

Six years prior to their first Wembley appearance, Watford had been languishing in the old Fourth Division. But the extraordinary vision of Taylor and John sent them charging through the leagues, culminating in finishing second to Liverpool in their top-flight debut the previous season. Including the likes of John Barnes, Mo Johnston and Kenny Jackett, they firmly believed they would crown their rise with a first FA Cup triumph.

Everton went into the final seeking their first silverware for 14 years but there were already strong signs of the golden era that was to follow. Neville Southall, Kevin Ratcliffe, Peter Reid and Graeme Sharp formed the backbone of a side that had enjoyed a run of six games unbeaten in the build-up to the final and which, for all Watford’s conviction, would start the game as strong favourites.

Barnes missed an early chance for Watford, who were without their suspended captain Wilf Rostron, but Everton grabbed the lead shortly before half-time when Sharp followed up a miscued effort from Gary Stevens. Everton doubled their lead in fortuitous fashion in the second half when Andy Gray headed home despite appearing to knock the ball out of Watford keeper Steve Sherwood’s hands.

Everton’s win was the catalyst for Kendall’s side to go on and enjoy the most successful spell in their history, winning eight honours over the next four seasons, including two league titles and the European Cup Winners’ Cup. The Hornets’ golden era ended when Taylor left the club to manage Aston Villa in 1987. His replacement, Dave Bassett, lasted less than a year as the club’s top-flight reign came to an end.