Hull left disappointed after private letter to EFL is leaked 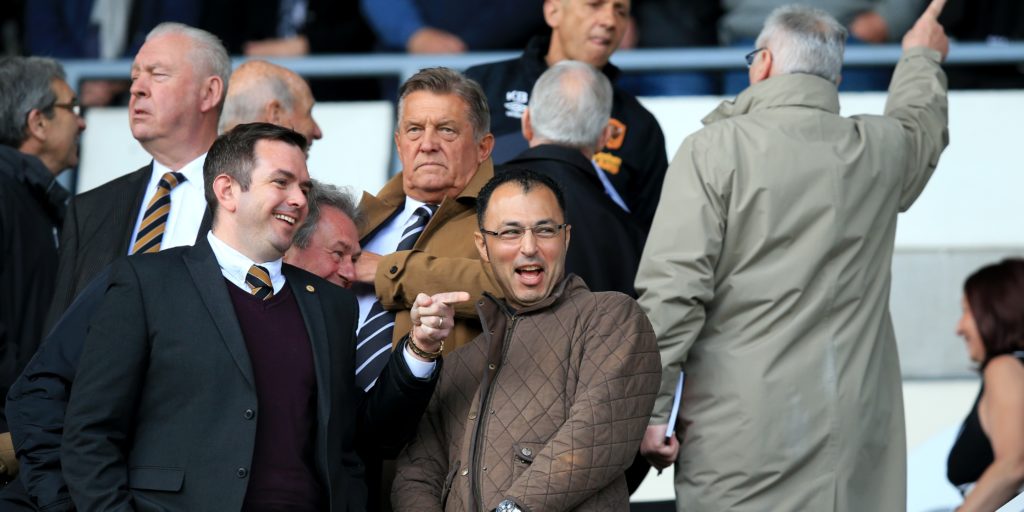 The Tigers want the season to be cancelled.

Hull have reacted with disappointment after a letter to the English Football League stating their desire to call the Championship season off was leaked.

Vice-chairman Ehab Allam’s correspondence to EFL chairman Rick Parry appeared in the Daily Telegraph, much to the Tigers’ dismay.

A club statement read: “We are disappointed that a letter which was intended to remain private between the EFL and other Championship clubs has been leaked.

“It is our view that each club will, quite understandably, have their own view on the subject of how and when to return to play football and we fully respect that.

“The privacy of discussions between member clubs and the league is paramount to ensuring honest and open debate.

“As such, we will continue to engage in talks in the correct manner and will not enter into a public debate on the matters in hand.

“Our primary concern throughout this difficult time has been for the health and safety of our players and staff and that will continue to be the case.”

The EFL revealed last week that Championship clubs on the whole wanted to see the season out when it was possible to do so, but Hull are not one of them.

City had lost nine of their last 11 games when the season was suspended in March due to coronavirus.

Allam’s letter read: “I do not presently believe that the 2019/20 season can be safely completed without unnecessarily exposing Championship clubs to potential legal action in the event that one or more of its employees (or their family members) were to become infected with COVID-19.

“As made clear on last week’s conference call, I am against the 2019/20 season being completed under the present circumstances and in light of the wider public health issues facing the United Kingdom at the present time.

“My position remains that the season should be voided and (with no further games played and efforts instead being focused upon ensuring a safe return in the advance of next season, whenever that ultimately takes place), with this means of drawing a conclusion to the 2019/20 season (including how the important questions of promotion and relegation would then be addressed) being put to a formal vote pursuant to the EFL’s Articles of Association.”

Despite Hull’s protestations, plans are afoot to resume the season, with fellow Championship outfit Sheffield Wednesday announcing they will return to group training on Monday.

They will be forced to follow similar protocols to the Premier League, including regular testing against Covid-19.

Owls manager Garry Monk revealed that none of his players expressed any doubts about returning.

He told the club’s official website: “One of the protocols that should be signed off this week is that before we return on the 25th everyone will be tested.

“That’s all players and all staff, we will all be tested. That’s part of the protocol before we can go back to training in small groups.

“There were a few questions on the testing and the protocols but there was no talk on reservations in terms of anyone expressing a desire not to return. The players are human beings.

“They have the same concerns as everyone else, the same issues, and if a certain player feels there is a risk to themselves or their families then you have to understand that and consider that, I think that’s the same for everyone.”