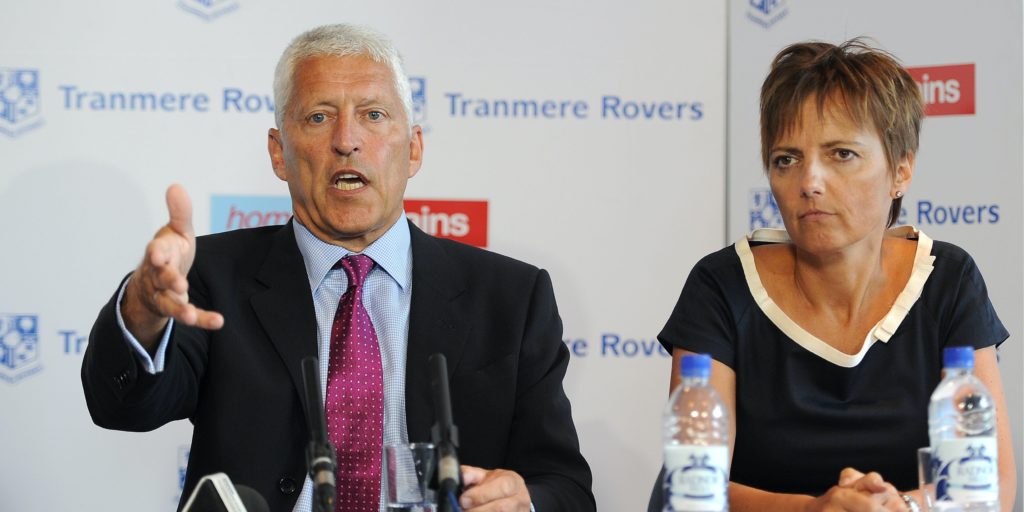 Rovers are in the bottom four in League One.

Tranmere chairman Mark Palios believes deciding who would be relegated by determining the League One standings on a points per game basis is unacceptable.

Rovers sit in the bottom four, three points off safety albeit having played a game less than 20th-placed AFC Wimbledon, and Palios called for the season to be voided if there is no way to complete the remaining fixtures.

While League Two clubs last week voted in favour of curtailing their campaign, agreeing a PPG system and promotions but no relegation to the National League, there was no sense of unanimity one step up the pyramid.

Palios, a former Football Association chief executive, said on Tranmere’s official website: “In a sporting competition, you set the rules at the start of a competition and everybody’s happy, understands the rules and the consequences of success and failure – you don’t change the rules of the league mid-season.

“If the decision is made that we will not play the season out then I think it’s quite clear that the season should be voided, rather than deciding on what is a mid-season change of rules and a fairly arbitrary decision as regards how we deal with promotion and relegation.

“In order to find an acceptable compromise, it has to be just: a compromise that is fair.

“Our suggested solution follows on from what League Two voted in favour of last week and while that’s not a binding vote, it’s indicative of where their intentions were and that is promotions, without relegation.”

Palios added that PPG is “flawed as a mechanism” before writing on Twitter: “If you want to change the regs in mid season then do so but don’t penalise teams as a result so no relegations. Use PPG with a margin for error.”

Palios’ wife and Tranmere’s vice-chairman, Nicola, then wrote on the social networking site: “If PPG had been used to determine the outcome last season, at the same point in the season, 3 out of the 4 teams who would have been relegated were not in fact relegated. Those who argue it is the “fairest” way are factually wrong.”