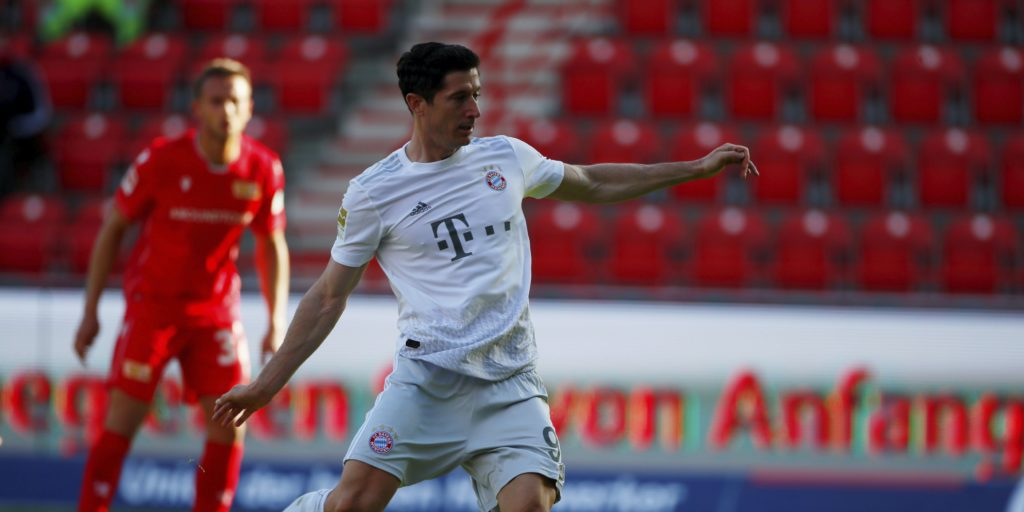 We have reached the halfway point of FIFA 20’s Team of the Season promotion and while Bundesliga players became the first from a major European league to return to action, their digital counterparts have been starring on the virtual turf.

When the latest instalment of EA’s flagship football simulation was released in September, there were only six players who carried an overall rating higher than 90. Since then a steady stream of boosted cards have been released but the Team of the Season has well and truly opened the floodgates.

There have been more versions of current players released with a rating of 95 or higher in the last four weeks than in the preceding seven months, with four bearing the maximum of 99 in the top corner. The latest 99-rated monster to be unleashed is a pumped-up Robert Lewandowski, complete with full marks for four of the game’s six shooting attributes.

Along with the significant upgrades to his finishing abilities, Lewandowski has been awarded 17 extra points for both of the vitally important pace attributes and has been given double-digit increases to his stamina and strength. These improvements come at a cost though, with his new card trading at around 70 times the value of his base version.

Those whose budget is somewhere in between 40,000 and 3 million coins needn’t worry, though, as there are nine other versions of the Polish striker available at a range of price points.

The only player who has more versions of himself in FIFA 20 than Lewandowski is teenage sensation Erling Braut Haaland. The Norwegian started the game as a 73-rated silver card at his former club, RB Salzburg but his Team of the Season edition weighs in at an astonishing 22 points higher. This is the largest upgrade to any player in one of Europe’s major leagues so far.

In keeping with its reputation for unearthing young talent, the three biggest increases to overall rating in the major leagues given the Team of the Season treatment so far have all been in the Bundesliga.

Bayern left back Alphonso Davies and Leipzig centre back Dayot Upamecano are hot on Haland’s heels with enormous upgrades of their own. The Player Moments version of Davies released in February was a huge hit so it’s unsurprising that the Canadian’s Team of the Season card, which sees every possible in-game attribute improved by at least five, is already one of the most sought-after left backs in the game.

Despite the significant upgrades being handed out, not every new release will make the grade at this stage of the season when most squads are already creaking with talent. However these cards still have their uses away from the pitch. Trading players is a major part of the game and some of the less popular Team of the Season cards could prove to be shrewd investments.

There are regular Squad Building Challenges (SBCs) which require a high-rated squad to be submitted in exchange for tantalising rewards, such as guaranteed Team of the Season players. There are also rumours of an unreleased SBC which could yield one the game’s legendary Icon players.

As it stands, Lukas Hradecky’s new card is the cheapest 91-rated player in the game, so there is little risk involved in picking up the Finnish keeper while his price remains low. When the next big SBC appears, he could form part of an affordable solution or be sold at a profit as demand for high-rated ‘fodder’ skyrockets. The market is a volatile environment though so always be sure to track potential investments; the Leverkusen shot-stopper’s stock may already be rising.