Home News On this day: Howard Kendall’s career in English football as a player and manager

On this day: Howard Kendall’s career in English football as a player and manager 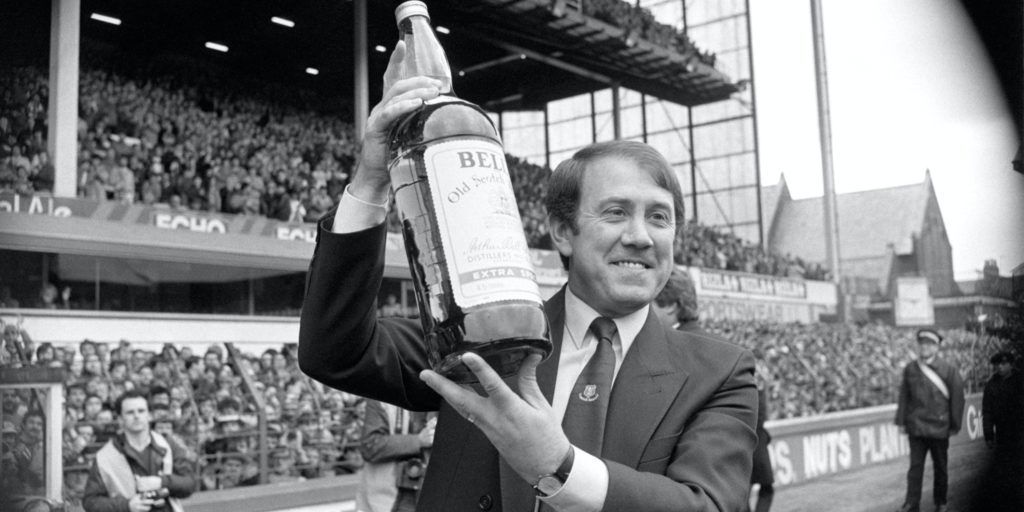 He was part of Everton’s ‘Holy Trinity’ midfield alongside Alan Ball and Colin Harvey.

Howard Kendall hailed from the north east and began his career at Preston, but it was with Everton that he would carve his name into English football history both as a player and a manager.

Born on this day in 1946 in Ryton, County Durham, Kendall signed for Preston as a teenager and, at the age of 17 years and 345 days became the youngest player to play in a Wembley final when he turned out in the FA Cup final in his first season.

He signed for Everton in March 1967 and was quickly shunted forward from defence to midfield, Harry Catterick’s decision rewarded as Kendall formed part of the ‘Holy Trinity’ alongside Alan Ball and Colin Harvey that would propel the Toffees to the title in 1969-70.

He became captain for the next three seasons but Everton’s successes turned to struggles and he was sold to Birmingham in 1974, then Stoke in 1977. It was with the Potters that Kendall became a player-coach in 1978 and, finding his calling, he then moved to Blackburn as player-manager in 1979.

He took up the same role at Everton in 1981 but his playing career had only months to run and he retired in the December of that year to focus on management full-time.

Among Kendall’s first signings for the club was a young Neville Southall, who would go on to spend 17 years at Goodison Park, winning five major trophies.

But despite that, Kendall’s early days were not a success as he was reportedly close to the sack after a poor start to the 1983-84 season. However, things improved in the second half of the season and Kendall steered Everton to an FA Cup triumph that season – the start of a glorious run of success.

They stormed to the title the following season, finishing 13 points clear of Liverpool, and added the European Cup Winners’ Cup trophy to their collection while finishing runners-up in the FA Cup.

Gary Lineker arrived that summer and though they finished second to Liverpool in the title race, they were back on top in 1986-87 as Kendall collected his second title.

But the European ban on English clubs led Kendall to leave Everton that summer, heading to Athletic Bilbao. He would guide the club to fourth in La Liga in his first season but the club’s insistence on signing only Basque players left Kendall frustrated in the transfer market and he was sacked in November 1989.

Several offers came in for his services, and Kendall returned to England with Manchester City, quickly steering them away from relegation trouble, all the while declining to be interviewed for the England job when Bobby Robson stood down following the 1990 World Cup.

Having built a strong City side thriving close to the top of the First Division, Kendall promptly left in November 1990 to return to Goodison Park, famously saying that while City had been an affair, Everton was a marriage.

He saved the Toffees from relegation but the glory years did not return and he resigned in December 1993. He had later spells with Xanthi, Notts County, Sheffield United and Everton again – saving them from the drop in 1998 – but though linked with further jobs he left the game after being sacked by Greek side Ethnikos Piraeus in 1999.

Kendall, who died on October 17 2015 at the age of 69, remains the last English manager to win a major European trophy with an English club.