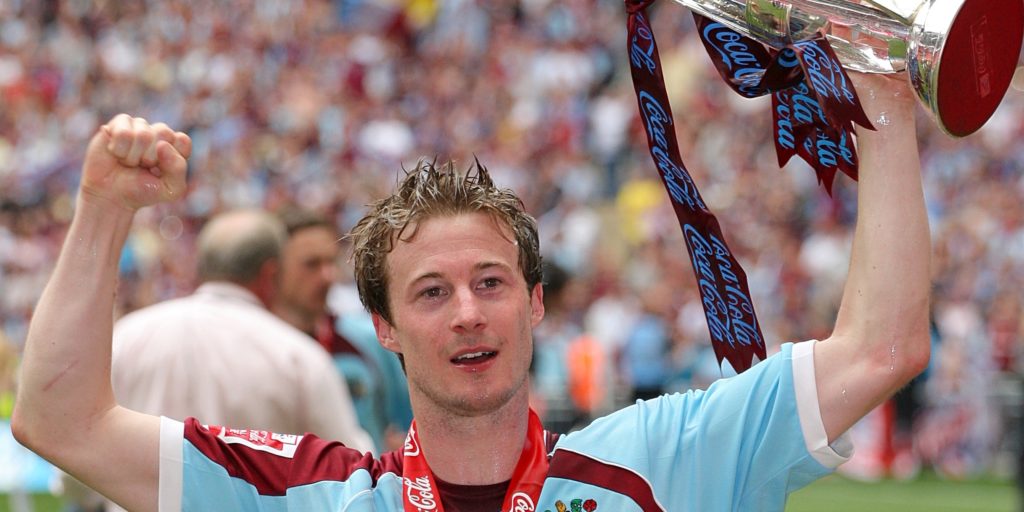 Elliott’s 25-yarder saw off Sheffield United at Wembley and fired Burnley into the Premier League.

A football fanatic for as long as he can remember, it is little wonder Wade Elliott counts his stunning Wembley winner which catapulted Burnley into the Premier League as the best day of his career.

Elliott was a late bloomer as he entered into the Football League at 21 with Bournemouth before heading to the north-west five and a half years later, and it was with the Clarets where he had some momentous highs.

None topped the 2009 play-off final, scoring a goal befitting of the occasion in Burnley’s 1-0 win over Sheffield United.

It was his lay-off which led to Blades defender Matt Kilgallon intercepting Chris McCann’s shot but the clearance fell tantalisingly to Elliott, who curled into the top corner from 25 yards.

Elliott told the PA news agency: “It’s a good goal but at the the time I thought about the significance of the goal, not the aesthetic of it.

“I wouldn’t say your mind goes blank, but you’re overloaded with thoughts and then I went racing off like an idiot.

“My mum and dad were at the other end of the stadium and, a few years before, my dad had been ill so he wasn’t going to come to the game. But obviously he made it there so when I scored I was just heading straight for them.”

By the time reality set in around the halfway line, Elliott abandoned his plan to rush over to his parents and he humbly added: “In hindsight, I’m grateful for that because it would have looked over the top.”

It would prove the only goal of the game as Burnley reclaimed their place in the top-flight after a 33-year absence, arguably the launchpad for the period of Premier League stability they currently enjoy.

Elliott himself was understandably the centre of attention for the game’s decisive moment but the memory is cherished above all others for a number of reasons.

He said: “I came into football late, I was 21 when I started.

“I was just desperate to play but I ended up having a long career and I was part of some really good teams and some really good groups of people but as a day, that was by far and away the best.

“The occasion, scoring the goal, the significance of it, the group of people that I shared it with, all my family were there, a load of mates that I’d grown up with and played non-league with were all there watching.

“Reflecting on it all these years later, it couldn’t have been any better.”

While he may have been the one to deliver Burnley to the Premier League, Elliott believes he is not singled out for favouritism as he said: “Everybody loved that squad of players because it was such a good group to be a part of.

“It’s a cliche but the squad was full of life and stories and people that you wanted to be around. Whenever you go back to Burnley, people want to talk about that squad and that year because there were so many good moments.”

Several factors, not least manager Owen Coyle departing to take charge of Bolton midway through the 2009/10 campaign, led to Burnley being relegated.

Elliott was an ever-present in the league that season and he fondly recalls his midfield battles with a number of stars, but the disappointment in dropping out of the division lingers.

He said: “The players that were playing centre midfield at that time in England were just ridiculous.

“As a collection of players to go and test yourself against, it was brilliant. Ultimately as a team we fell a little bit short and that’s the only sour part of it, really.”

Elliott departed Burnley nine years ago and had spells in Birmingham and Bristol before announcing his playing retirement in 2015 to take up coaching, and he is now with Stoke Under-23s.