Players must be comfortable before phase two of return – Paul Barber 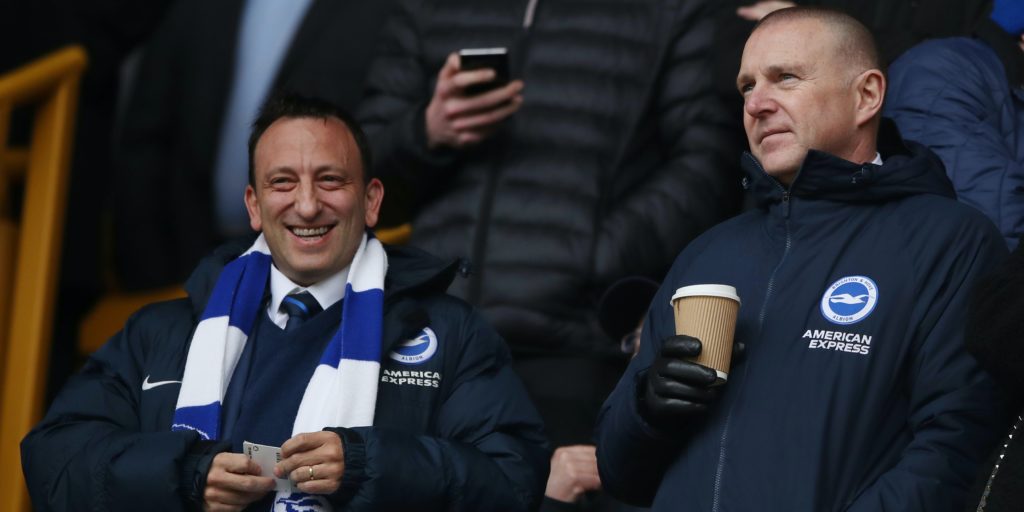 The Premier League stepped up its comeback plan this week.

The Seagulls CEO expects the step up to the next phase to be complicated given squads must increase their contact.

Clubs have returned to socially-distanced training this week but with a plan to return to competitive action next month Barber knows players hold huge sway, with Watford’s Troy Deeney and Chelsea’s N’Golo Kante yet to return over safety concerns.

“We know the first stage was difficult and took a long time because it was new, it was very detailed and when it was first conceived we were very much in the height of this pandemic for our country,” said Barber.

“The numbers were horrific and still are so that was particularly difficult.

“The second stage is in a slightly different environment where the numbers are coming down and there is a little bit more optimism because the government is slowly easing the lockdown and encouraging people to return to work.

“The risks of the next stage of the protocol are higher because we are asking for large (or larger) groups to come together and there to be contact.

“The playing contact changes again because we are introducing a very different group mixing with, in our case, our group.

“The Premier League convened a meeting with the players and coaches and brought in the governments scientific and medical advisers to answer the key questions which was a good thing, and I suspect they will do that again and the players will want to ask as many questions as they can.”

The Premier League is aiming to return next month but the English Football League has already seen Sky Bet League Two clubs vote to end their season, although it is yet to be ratified.

A vote on Sky Bet League One will take place next week while the Championship will play on.

EFL clubs fear financial ruin without extra support and the Premier League clubs, which have already given an advance on solidarity payments, could offer a bailout.

Top flight clubs are yet to properly discuss it but Barber insisted they must look after themselves first.

He said: “We are all very aware at the top level of the game we generate the most income and therefore there is that sense of responsibility. It’s difficult in this scenario to know what more we can do or should do given we are all trying very hard to maintain the stability for our own clubs.

“Our first priority – and I mean this in the nicest possible way – is that we take care of ourselves and our staff because that’s my responsibility.

“There are a lot of mouths to feed and there’s not an easy solution how we achieve that.

“We have all got that responsibility and duty but at the same time we have a very big pressure on us at the moment, individually and collectively as a league.”