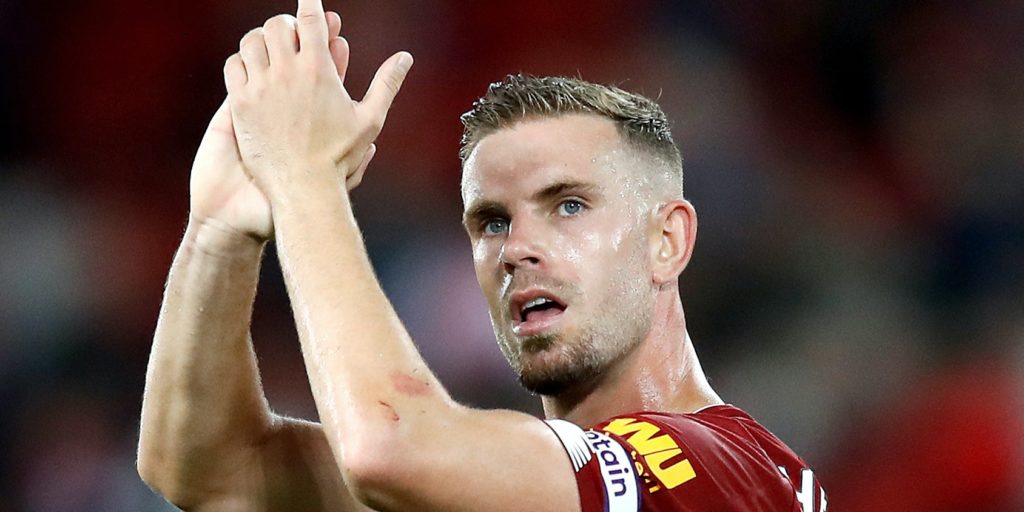 Liverpool captain full of pride at collective effort during the coronavirus pandemic.

Liverpool captain Jordan Henderson has spoken of his pride at how Premier League footballers have come together to contribute towards the NHS during the coronavirus pandemic.

As the country dealt with the awful situation presented by the global health crisis, top-flight footballers came in for criticism which intensified last month when Health Secretary Matt Hancock called on players to do more.

By then news was starting to filter out about a joint fund that Premier League captains were working on and Henderson has been widely credited with leading the #PlayersTogether scheme that was announced on April 8.

The initiative is directing funds to the NHS Charities Together group for distribution to good causes working to provide support to NHS staff and patients.

Speaking for the first time about the venture, Henderson told BBC Radio 5 Live: “We wanted to make sure it was the right thing we were doing and we wanted to do it properly.

“It did take a bit of time but ultimately we’ve come together and done an amazing thing and raised a lot of money for charities that need it and support the people who need it, which has been massive for them.

“It’s been a real positive thing during this lockdown that we’ve all come together to try to help as best we can in this awful time.

“It was a real collective effort and everybody wanted to do something – and to do it together made it just even more powerful and helped the people that needed it the most in terms of the NHS key workers and volunteers as well.

“We made sure the funds were going in the right place, which we were more than happy with.

“It’s been a really positive thing that the players have done over the course of the last couple of months and hopefully there’s one or two things more to come in the near future.”

Henderson and the majority of Premier League players returned to non-contact training in small groups last week, which marked the first phase of ‘Project Restart’.

The England midfielder revealed the protocols put in place at Liverpool’s Melwood training ground, as well as general social distancing rules, means the groups may not necessarily be the same from one day to the next.

He said: “Because of the social distancing that’s put in place, we can change the groups now and again as well.

“The lads have been dying to get in and when they’ve been doing the sessions, there’s been a really good intensity. Hopefully it’s not too long before we can get back to full training in bigger groups.

“I think after a few weeks of proper training we’ll be right back where we left off.”

“It’s been really good and I think the majority of players would agree, in terms of how safe they feel once they went back in with all the measures that they have put in place.

“Hopefully that can continue right throughout into the next phase and then so on and so on.”