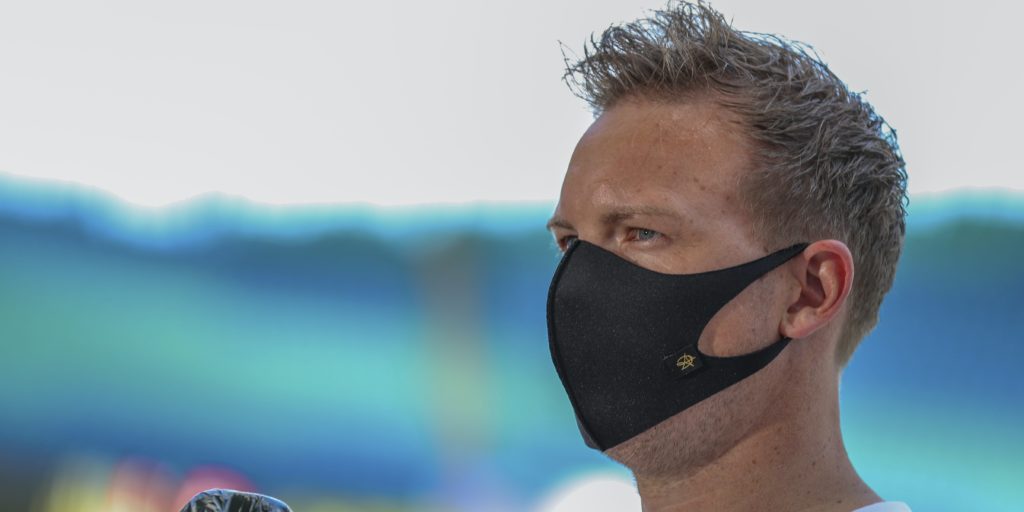 The 20-year-old moved to Hertha Berlin during the January transfer window and has scored in each of the last four Bundesliga fixtures.

High-flying RB Leipzig will look to build momentum when resurgent Hertha Berlin come to town – but Julian Nagelsmann and his side know the threat posed by returning Matheus Cunha better than anyone.

After a blockbuster Tuesday evening, the Bundesliga continues the following night with five matches that impact both ends of the table.

Leipzig’s clash against Hertha at the Red Bull Arena looks the pick of Wednesday’s fixtures.

RBL won 5-0 at Mainz on Sunday as they push towards the summit, but new boss Bruno Labbadia has led the visitors to back-to-back wins since the coronavirus suspension ended.

“They have been good recently,” head coach Nagelsmann said of Hertha. “They were extremely vulnerable at the back before the break and were conceding a lot of goals.

“In a short space of time, Bruno Labbadia has managed to steady the ship.

“We are prepared for the fact they are playing well and that they will want some points. They have good players and Labbadia is a very passionate coach.

“I’m glad that he’s back in the Bundesliga, but I hope their run of form comes to an end. We want to pick up where we left off in Mainz.”

Key to overcoming Hertha will be keeping impressive Cunha quiet on his first return to the Red Bull Arena.

Allowed to leave Leipzig at the end of the January transfer window, the 20-year-old has impressed in the German capital, netting in this month’s wins against Hoffenheim and Union Berlin.

“Matheus Cunha is playing really well at the moment – he’s a huge talent and possesses so much skill,” said Nagelsmann, who will be without Yussuf Poulsen for the foreseeable future due to ankle ligament damage.

“He didn’t find his position here in Leipzig. Unfortunately, he didn’t convert many of his chances into goals. We agreed that a move was the right decision.

“If I were his coach now, I would be more satisfied with his performances now than I was when he played for me.”

The Gelsenkirchen side may be ninth in the standings but pressure is mounting on David Wagner, the former Huddersfield boss, after the 4-0 derby loss at Borussia Dortmund was compounded by a chastening 3-0 home loss to Augsburg.

Heiko Herrlich’s Augsburg will look to build on that win when rock-bottom Paderborn come to town, while struggling Mainz will travel to a Union Berlin team desperate to bounce back from Friday’s 4-0 derby defeat.

Neither Hoffenheim nor Cologne have won since the resumption of play ahead of their meeting in Wednesday’s other fixture.