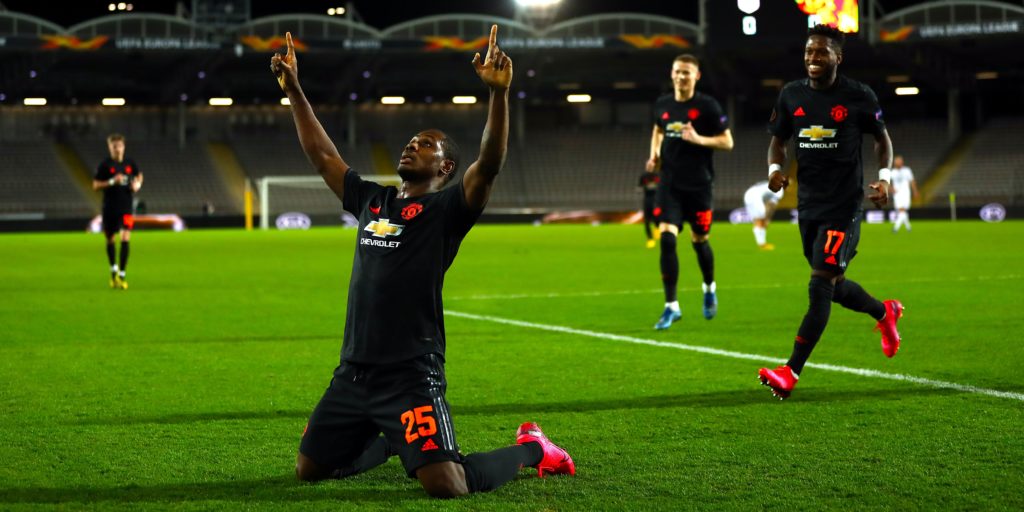 The lifelong United fan has chipped in with four goals in three starts.

Eyebrows were raised when the former Watford striker made his deadline day switch from the Chinese Super League side in January, but the 30-year-old quickly made an impression at Old Trafford.

Ighalo not only helped ease the attacking burden, with Marcus Rashford sidelined by a back injury, but the lifelong United fan chipped in with four goals in three starts.

The coronavirus situation in China meant Shanghai Shenhua had been open to accommodating that loan deal, but the pandemic’s subsequent impact in England means play will now go on beyond the loan’s May 31 expiration date.

Ighalo’s parent club have been reluctant to extend the loan as the Chinese season edges closer to getting under way, but Solskjaer has not given up hope on a deal being struck.

“The loan deal went to the end of May now, so obviously he’s supposed to be going back,” the United boss said.

“We’re in dialogue and hopefully (he can stay). They’ve been great towards us, his club, and allow him to play for his dream club.

“It’s been a dream for him and hopefully he can finish off what he started, maybe with a trophy or two.

“But at the moment nothing’s been agreed yet. Their league is going to start soon so we are just waiting to see.”

The transfer market is shaping up to be one, long waiting game this summer given the unknown impact of Covid-19 on football and its finances.

“We’re following what’s happening but the transfer window will be open later probably, so we’ll just have to finish off the season, see where we are and then probably do deals if there are deals to be done.”

It is shaping up to be an intense few months, with domestic football aiming to resume next month, and the Europa League pencilled in by UEFA for August.

United are all but through to the quarter-finals after winning their last-16 first leg match at LASK 5-0 in front of empty stands – a victory Solskjaer says showed they have the focus and mentality to perform behind closed doors.

The easing of fitness issues is a welcome shot in the arm with Rashford and Paul Pogba fit for next month’s proposed resumption.

“We’re back in training which has been great,” Solskjaer said. “The boys have been fantastic, the weather’s been good and they’ve enjoyed it.

“Hopefully now we’ve proved we can do this safely and we can move to the next step. It’s been really enjoyable being on the training ground again.

“Everyone’s looking sharp, everyone’s been in with a good mood and we’ve been splitting up in groups so (working in) fours and fives together and they’ve really done well.

“Hopefully, they can as I said, step up and go to bigger training groups but so far it’s been good.”