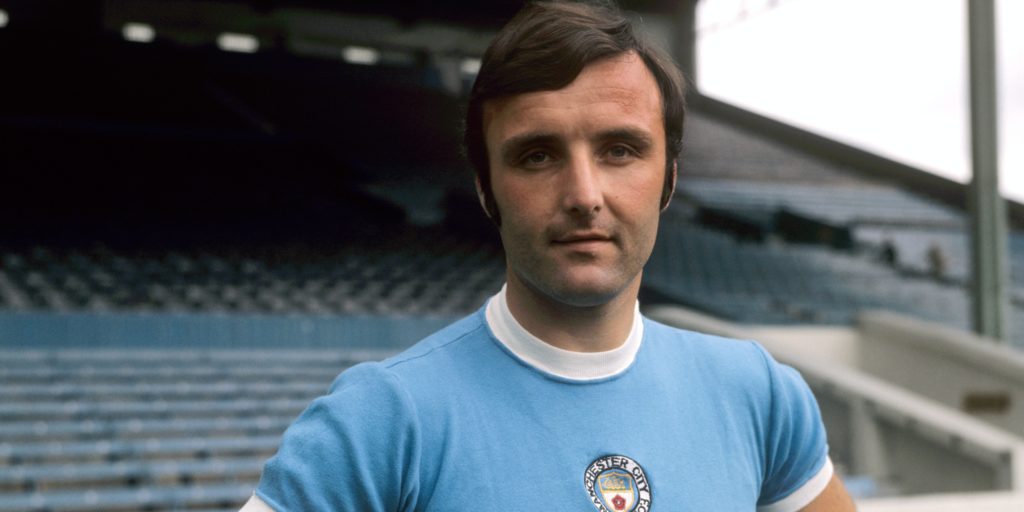 Manchester City greats have paid tribute to Glyn Pardoe, a member of the club’s 1968 league-winning side, who has died at the age of 73.

Pardoe spent his entire playing career with City between 1962 and 1976, and scored the winning goal in the 1970 League Cup final.

“Everyone at City is deeply saddened to learn of the passing of Glyn Pardoe,” City wrote on Twitter.

“Our thoughts and condolences go out to his friends and family at this difficult time.”

Pardoe remains the youngest player to turn out for City, having made his debut against Birmingham in April 1962 at the age of 15 years and 341 days.

The left-back went on to make 380 appearances for the club during their successful period in the late 1960s, winning the league title in 1968, the FA Cup in 1969, and the League Cup and European Cup Winners’ Cup in 1970.

Pardoe broke his leg in a tackle with George Best during a Manchester derby in 1970 and struggled to regain his place in the side after a lengthy lay-off. He later took up a coaching position with the club after retiring from playing.

Former team-mate Mike Summerbee said on the club’s website: “Glyn was our youngest ever player and he was a superb footballer.

“Had he not broken his leg against United at Old Trafford, he would have won many England caps in my opinion, but the injury left him with a long uphill struggle to play again…

“He was a wonderful person – very shy and quiet and he underestimated himself as a footballer and his contribution to this football club was outstanding.”

Colin Bell echoed the view that the “under-rated” Pardoe would have won several caps for England but for the injury he suffered.

“Glyn was also so consistent – week to week he gave 100 per cent and never let us down,” he said. “Wingers used to dread playing against City as they would come up against Glyn.

“Just as importantly he was a wonderful guy with a lovely personality. Glyn had no edge to him at all and he never changed.”

City was a family affair for Pardoe, whose cousin Alan Oakes was a team-mate throughout his playing days.

Pardoe’s daughter Charlotte is married to Scott Doyle, the son of Pardoe’s late team-mate Mike Doyle, and both men were grandfathers to Tommy Doyle, the 18-year-old midfielder who made his debut for City in a 3-1 League Cup win over Southampton in October last year.

Pardoe was able to give his grandson plenty of advice before that game, given the memorable circumstances of his own debut.

And Fred Eyre, who was at City when Pardoe first emerged, said he expected his record as City’s youngest player would never be broken.

“When he first came at 15, he was a centre-forward,” Eyre said. “He got into the Manchester City first team as a centre-forward at 15 – no one else will ever manage that, I feel very confident in saying. To do that you have to have something special.”