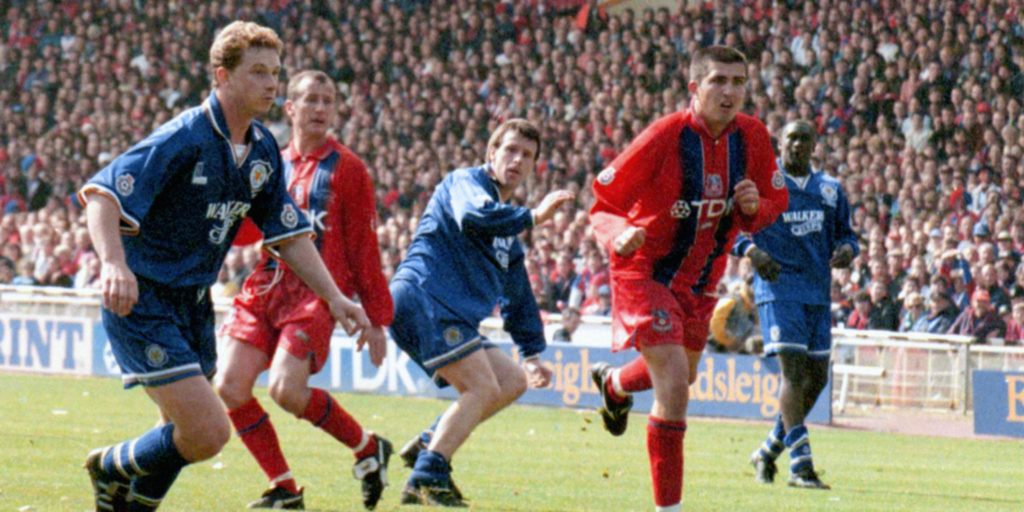 The forward scored a dramatic extra-time goal to return Leicester to the Premier League.

Steve Claridge made sure of an immediate return to the Premier League for Leicester in the most dramatic fashion 24 years ago.

The words ‘widely travelled’ perhaps do not do Claridge justice. He had 16 league teams and played in England’s top four divisions, as well as having spells with six non-league clubs.

He is often remembered for the goal which settled the 1996 play-off final against Crystal Palace, one of those former teams, at Wembley.

With just seconds remaining in extra-time and a penalty shoot-out looking likely, Garry Parker took a free-kick inside his own half.

The ball dropped just outside the penalty area for Claridge to run on to and beat Nigel Martyn with a right-footed shot, sparking joyous scenes and taking Martin O’Neill’s men back to the top flight.

Interviewed on the pitch afterwards Claridge a GBP 1.2million signing from Birmingham earlier that year, revealed: “I shinned it in” but later told the Leicester Mercury: “That was a stupid thing to say. I hit it properly and sweet.”

Claridge’s place in Foxes folklore was assured the following year when he scored the winning goal – again in extra-time – in the League Cup final replay against Middlesbrough at the same venue.

Now 54, he went on to play in the Football League as a 40-year-old for Bournemouth and even featured as a substitute in the Southern League at the age of 51, as well as appearing on TV and radio as a pundit.