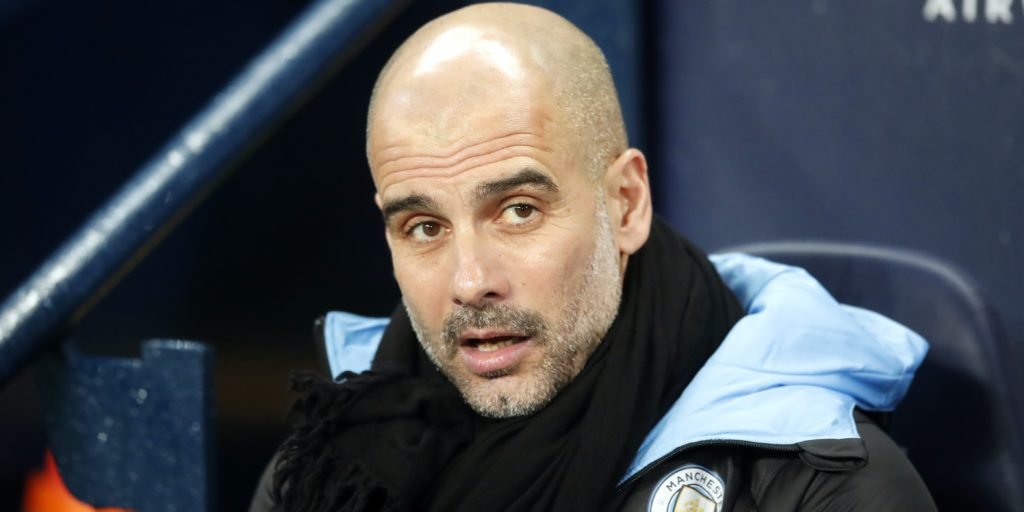 Guardiola said his players were looking forward to “coming back training again and doing what they like”.

Players and managers from England’s top-flight clubs were briefed on proposals for the reintroduction of contact training on Tuesday, with club executives due to vote on them at a shareholders’ meeting on Wednesday.

Giving the green light to stage two of training will be another landmark moment in the league’s ‘Project Restart’ plans, with a return to action in mid-June the ultimate goal.

Wilder has been impressed by the success of Germany’s Bundesliga in getting competitive action up and running, and believes there is now “light at the end of the tunnel”.

“There’s an enormous amount of enthusiasm in this country to watch football and I think (the Bundesliga) is a great gauge of what the Premier League will be like when we get back,” he told the club’s official website.

“There are an awful lot of opinions flying about but thankfully there is a light at the end of the tunnel that we can all get back to normality in terms of our working.

“It’s an ongoing scenario from day to day, it has the ability to pause and change with certain situations that may happen. Step two is contact and making the groups bigger and that has to come as quickly as possible to accelerate the small sided games, 11 vs 11s and then the return to playing.”

The Premier League proposals for contact training will be based on guidance published by the Department for Digital, Culture, Media and Sport on Monday.

That guidance recommends contact being gradually built up, first among clusters of two to three players, increasing to groups of four to 12 players before ultimately a return to full team training.

Testing will continue to take place twice a week, with the next set of Premier League results due to be published on Wednesday.

If the contact training protocols are approved, a further shareholders’ meeting is scheduled for Thursday when clubs will look at wider issues. Stage one training – involving small groups observing social distancing – was introduced last Tuesday – the day after clubs voted in favour of the protocols.

These will include possibly settling on a restart date, further discussions on the use of neutral venues, considerations around the broadcast of matches and talks on what should happen if the season should have to be curtailed.

Manchester City boss Pep Guardiola suggested his players were keen to resume but deferred to those who were on the frontline of the pandemic response.

“I think they are looking forward to coming back training again and doing what they like. They’ve come back perfectly,” he told City TV.

In the EFL, there remains a lack of consensus around how to conclude the 2019/20 season. Tranmere chairman Mark Palios, whose club occupy one of the relegation places in League One, re-entered the debate on Tuesday evening with a new proposal for the EFL board.

It suggested any early curtailment of the campaign should see a points-per-game formula applied to the table, with “the statistical average actual margin for error over the last 3 years” then applied to the results.

Under the suggestion teams in automatic promotion places would go up regardless, while any teams in the current or projected table’s play-off places would be invited to take part in a tournament. Relegation would only befall clubs who were in the drop zone after the margin-for-error calculation.

The lengthy accompanying statement includes an explanation which appears to sum up the root of the plan. It reads: “The beauty of football is its unpredictability. Teams go on strong runs and on poor runs. Some react well to pressure and some badly.