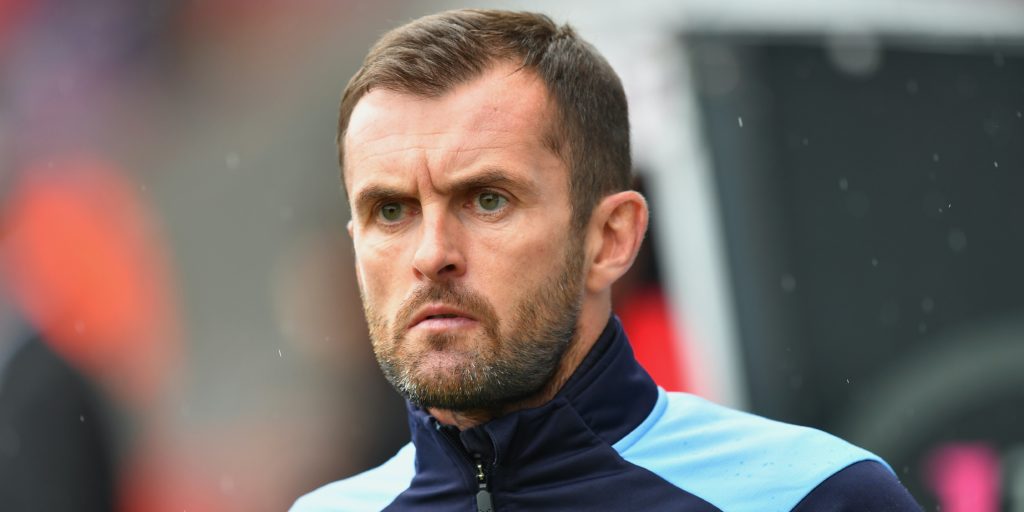 The Welshman left for Stoke just 16 months ago.

Nathan Jones is back in the managerial hotseat at Luton, just 16 months after leaving the club for Stoke.

Having announced former boss Graeme Jones was leaving the Championship club in April, the Welshman has been confirmed as successor on his 47th birthday.

Jones had a brief spell at Kenilworth Road as a player in the mid-1990s and enjoyed success there as manager between January 2016 and January 2019, ruffling feathers when leaving the League One promotion hopefuls for Stoke.

That ill-fated reign at the bet365 Stadium came to an end in November and the former Brighton coach faces an uphill battle to keep the Hatters in the Championship, with the side 23rd and six points from safety ahead of a proposed restart.

Luton chief executive Gary Sweet said: “My job is to make sure the club can escape the severe economic impact of the virus and whatever decisions we make now, it is the club that must be put first.

“We must do everything we possibly can to stay in the Championship this season. We have just nine games left to climb out of the relegation zone and the squad has to be more than ready.

“Everyone knows exactly what we thought about Nathan when he left for Stoke – we hardly made our disappointment a secret.

“Clearly, we couldn’t move forward without those issues being mostly corrected and over time, with the board, this has been done.

“Nathan has been humble with us and we’ve repaired our differences, now we want to give Nathan the opportunity to put matters right with players, staff and supporters

“The fact remains that Nathan is the best manager we’ve had at Luton for decades. His three years here were revolutionary and enabled us to elevate the club’s status beyond our wildest dreams.

“But first, to make sure none of that past hard work – from both Nathan and Mick – does not go to waste, we have an immediate job to do.

“For the sake of the club, all I ask of supporters is to give him time but also to get behind everyone for these nine games.”