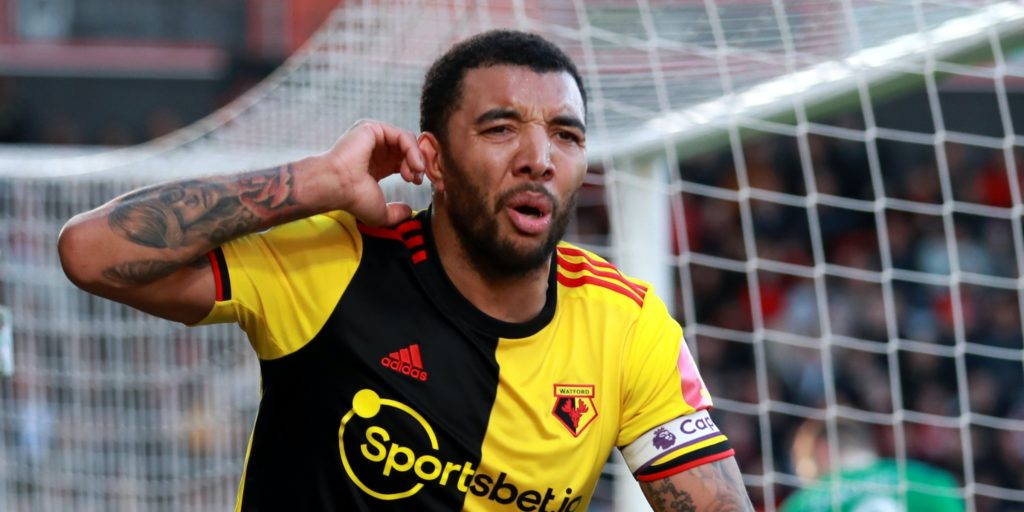 The striker has not returned to training.

Watford skipper Troy Deeney has had to deal with people wishing his baby son gets coronavirus after being targeted for expressing his concerns over football’s return.

Deeney has been absent from training since Watford and other Premier League clubs returned to non-contact sessions last week.

The forward’s concerns over potentially passing on Covid-19 to his five-month-old son, who has had breathing difficulties, came even before team-mate Adrian Mariappa and two other Hornets staff tested positive.

But the 31-year-old found himself and his family in the firing line during Mental Health Awareness week.

“I saw some comments in regards to my son, people saying: ‘I hope your son gets corona,'” Deeney told CNN Sport. “That’s the hard part for me. If you respond to that, people then go: ‘Ah, we’ve got him’ and they keep doing it.

“In a time where it’s all about mental health and everyone says ‘speak up, speak out, please speak’, Danny Rose spoke out and I spoke out and we just get absolutely hammered and battered for it.

“So people see that and go ‘woah’ and it’s not just us that gets it, the missus gets direct messages and you’ll be walking down the street and people will be like: ‘Oh, I’m at work, you go back to work’.”

Premier League clubs have voted unanimously for a return to contact training following Government approval and that step is set to take place this week.

And Deeney accepts he will need to accept some risk.

CNN reported he had been speaking to England’s deputy chief medical officer, Jonathan Van-Tam, about the statistics which show people from black and minority ethnic backgrounds are disproportionately affected by Covid-19.

“He’s been doing very, very good research and there is a lot of goodwill on his part to tell me, ultimately, that I’m going to be looked after as best as they can and, ultimately, there is going to be some form of risk for all of us going back to work,” Deeney said.

“Lockdown and the social distancing measures coming down mean people will still always have risk.”