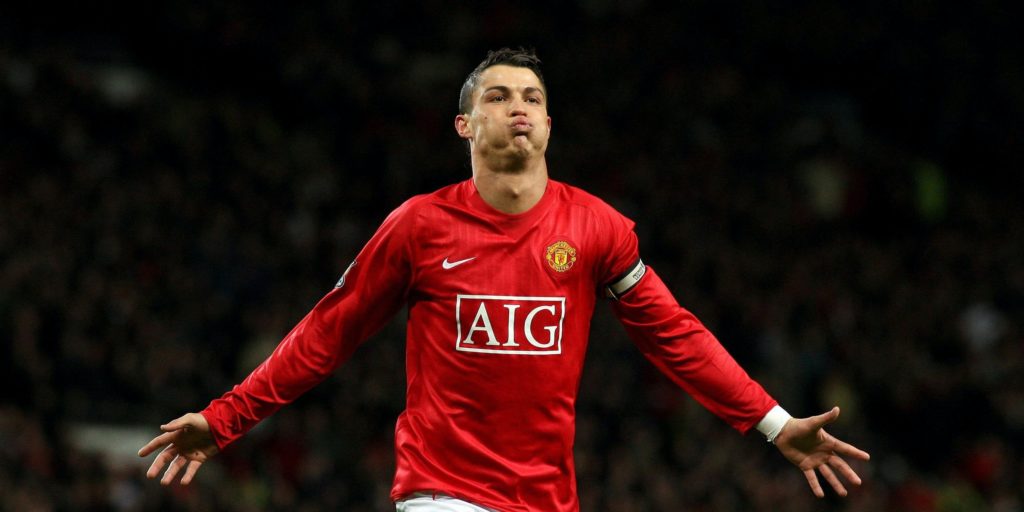 The Manchester United forward was a two-time winner of the award.

Cristiano Ronaldo’s emergence into a world superstar saw him win back-to-back PFA Players’ Player of the Year awards in 2007 and 2008.

The Portuguese had taken time to settle in Manchester following his move to United in 2003, but came good following his escapades at the 2006 World Cup, which made him unpopular across the country.

But it was his goals and assists for United in 2006-07 that would have made him even more unpopular with opposition fans as his 17 Premier League goals in 34 games helped him to a first title at Old Trafford. With 17 goals in other competitions, he was the club’s top scorer with Wayne Rooney.

That form won him the PFA Players’ Player of the Year award, becoming the first Portuguese player to do so.

In 2007-08 he took his game to another level becoming the leading man with a staggering 42 goals in all competitions as United won a Premier League and Champions League double.

Ronaldo scored in the European Cup final against Chelsea and was the tournament’s top scorer with eight goals.

He became just the second man to win consecutive PFA Players’ Player of the Year awards after Thierry Henry had done it in 2003 and 2004.

The forward spent one more year in English football before leaving for Real Madrid in 2009, going on to become one of the greatest players to ever play the game.