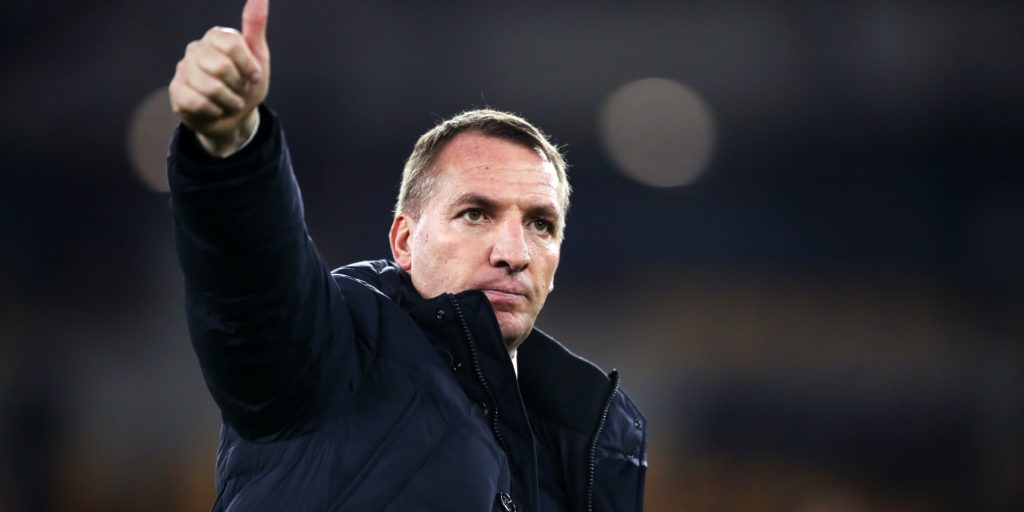 The Foxes boss wants his players to get used to playing without fans at the King Power Stadium.

Brendan Rodgers will hold Leicester training sessions at the King Power Stadium to get his players used to playing in an empty ground.

The Premier League, halted in March by the coronavirus pandemic, is set to resume behind closed doors on June 17.

Leicester are due to head to Bournemouth the following weekend and Rodgers wants to give his players every chance of coping with the strange atmosphere created by the lack of fans.

“We’ll look at trying to prepare as best we can for that. We’ll have some practice games in our own stadium before we play. We’ll play at the King Power, so they’ll feel and get a sense of that,” he said.

“The game is not the same. It’s absolutely not. It can’t be. However, it’s what we have to do.

“The intensity and commitment of the players will still be there. We’d obviously love our supporters to be there but there won’t be any.

“However, we’ll have a cause we’ll be fighting for. They may not be with us in the stadium but there’ll be millions of people watching, thousands of Leicester City supporters around the world watching.

“We have a duty for them to do the best we can, whether the stadium is full or whether it was empty, and that will be our focus.”

Leicester, lying third going into the shutdown, have four home league games left – against Brighton, Manchester United, Sheffield United and Crystal Palace – while they are also due to host Chelsea in the FA Cup quarter finals at the end of June.

And Rodgers knows the lack of fans is going to be a leveller, with the Foxes having lost just three times in the league at home this season.

He added: “It takes away that home advantage for sure. Every team loves playing at home.

“We love that whole build-up to a game at the King Power and the fusion between the players and supporters, it makes it a really difficult place to come.

“Of course, if home teams don’t have that, it’s just about the game, and puts it onto a level playing field as such.

“It will be strange, it will be different. But we’ll find ways to cope with that and we’ll look to get the job done.”