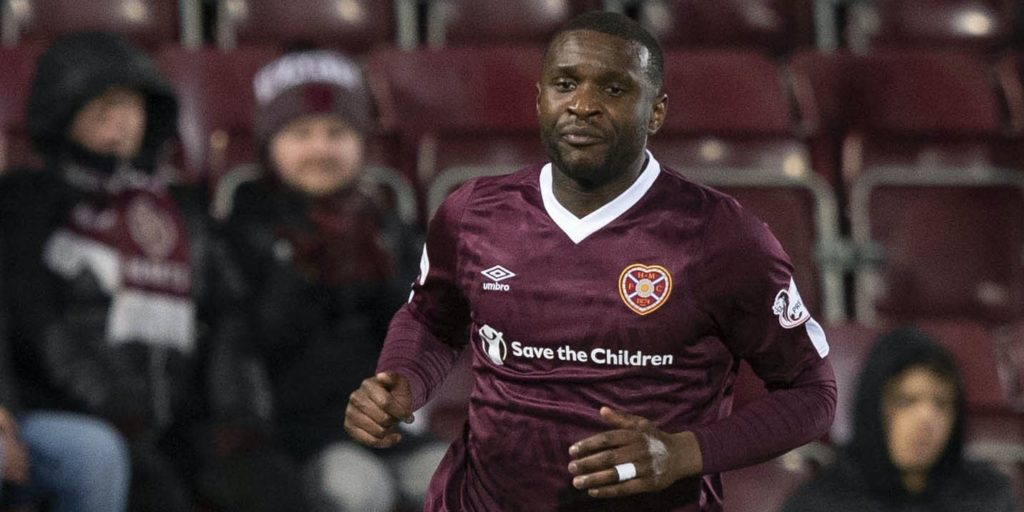 The 29-year-old terminated his contract in March and returned to France but reiterated his desire to continue playing for the club.

Clevid Dikamona has wished Hearts fans farewell after conceding his Tynecastle career had come to an end.

The centre-back returned to France in March after opting to terminate his contract when given the option as the club tried to instigate wage cuts across the squad.

However, he subsequently stated he had always wanted to return to Edinburgh.

Just last week, he reiterated his desire to continue playing for the club, who are on the verge of relegation to the Scottish Championship unless owner Ann Budge can negotiate a league reconstruction deal.

But now the 29-year-old defender admits his time in Gorgie is over.

Writing on Twitter, the former Le Havre and Dagenham & Redbridge player said: “I cannot remain silent, thank you for all the love you gave me during these 2 seasons and since I returned to France, I never thought I would end this experience this way but it is life who decided so…

“In the life of a club there is an institution, you fans and players. The institution and the fans stay forever but unfortunately the players all sign, play and leave one day.

“I would have liked to wear this new jersey but today the most important is the institution and you fans so fight for your club and because you and only you can continue to make it live and succeed.”

Dikamona made 36 appearances after joining Hearts in September 2018.