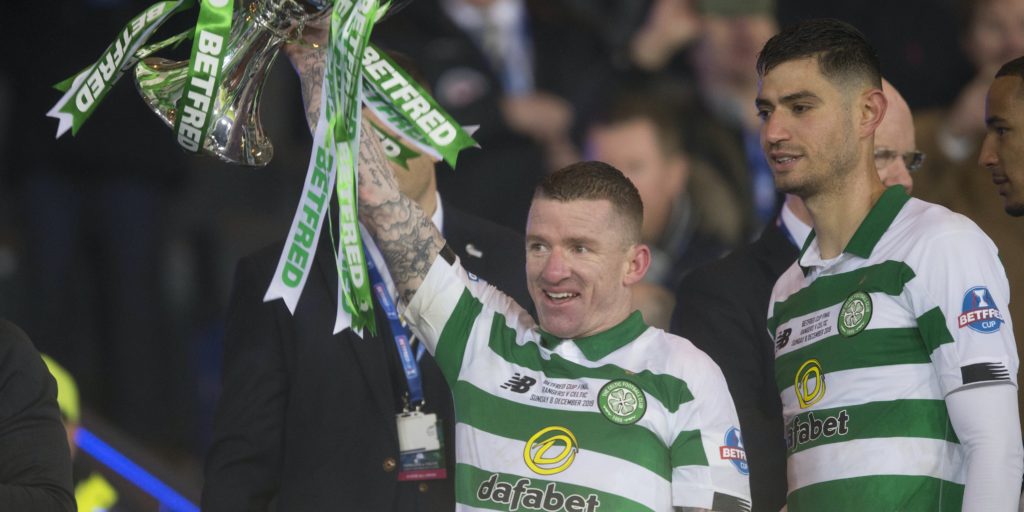 The Irishman is open minded about where his future may lie.

Jonny Hayes admits leaving Celtic will be difficult after being “heavily involved” in the team and having encouraging discussions about a new contract before the pandemic struck.

Celtic announced on Saturday that both Hayes and defender Jozo Simunovic would be leaving the club, who did not take up a one-year option on the Croatian defender’s contract.

Hayes’ three-year deal is coming to an end and he revealed a decision was taken on his future in the past week.

The 32-year-old told talkSPORT: “I spoke to (manager) Neil Lennon a couple of days before the Rangers game back in December. He was aware I was out of contract in six months and (said) he’d like me to stay.

“As the season went on we had similar conversations. He was quite keen for me to stay and saw me as part of his plans. I had the same conversations with (assistant manager) John Kennedy.

“When it comes down to the decision being made this week, I don’t know if the financial impact the virus has had on Scottish football has contributed to it or not.

“But I wasn’t being phased out, I was still playing regularly, in the team or off the bench, up until this virus struck.

“It’s always hard to think about leaving a club when you’re heavily involved in the team.”

However, the Irishman did reflect that he might be better moving on. The versatile left-sided player made 68 Celtic appearances, a total which would have been higher had he not broken his leg during his first season.

“Maybe if I stayed, I might not have got as much game time,” he said. “I’m a little bit older now, it’s probably better for me to go out and play a bit more regularly.”

The former Inverness and Aberdeen winger has already been linked with Preston, Stoke and Cardiff and he admits that staying in Scotland might be difficult.

When asked about a potential return to Pittodrie, he said: “I have always loved Aberdeen, no doubt about it. Even playing against them was a bit strange. I have a good relationship with the staff and players up there.

“It’s been an option before, I don’t know whether it will be an option now. Previously there was talk of me going back on loan maybe.

“The current climate in Scottish football, you can’t really nail your colours to a mast and say you want to go there because it might not happen.

“The club you might want to go to, for example Aberdeen or Motherwell or wherever it might be, the club might struggle with finances over the next six months.”

Dons boss Derek McInnes had ruled out a swift move for Hayes on Saturday, telling BBC Radio Scotland: “I’m well aware of Jonny’s situation but we are not in a position where we are looking to bring any players at the minute until we know the lie of the land, no matter how good a player they are or how much we think they would add to the team.

“Jonny’s association with the club and working with myself is obvious but we need to concentrate on other matters at the minute unfortunately.

“We are not in a position where we can bring players on, I am really just trying to safeguard the future and the securities of the players and staff we have got.”