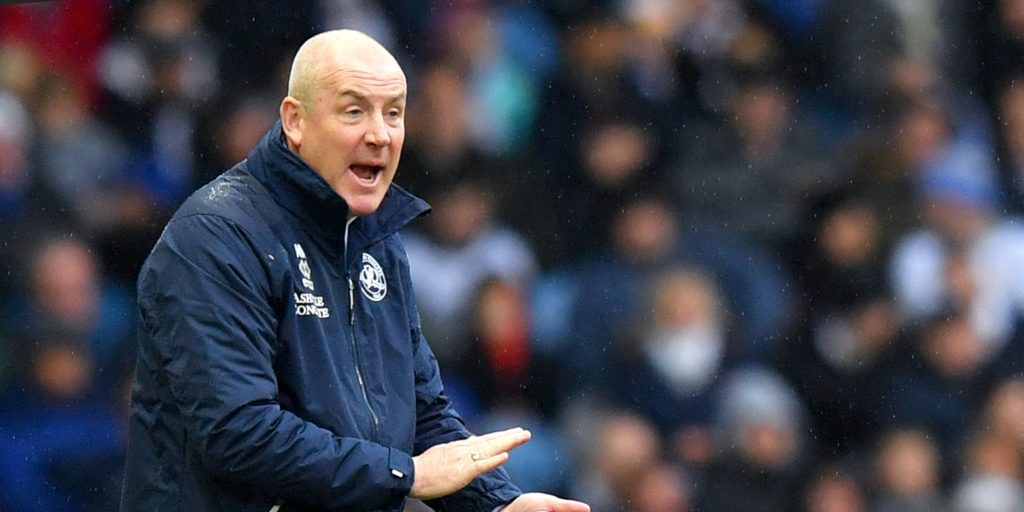 Chief executive Lee Hoos and manager Mark Warburton have condemned a lack of consultation ahead of the announcement.

And manager Mark Warburton is equally scathing saying he is ‘staggered’ by the lack of consultation ahead of the date being revealed.

The Premier League announced last Thursday play is due to return on June 17 following the coronavirus suspension that began in mid-March.

The EFL followed suit on Sunday evening when announcing that the Championship is set to restart around the same time – news that shocked and angered QPR.

“I am absolutely stunned by this announcement, as is our director of football Les Ferdinand and our manager Mark Warburton,” chief executive Hoos said.

“Incredibly, there has been absolutely no consultation with individual clubs nor with the Championship doctors’ working group by the divisional representatives – or anyone else in the Football League – regarding this matter.

“On top of that, we were only made aware of the statement 40 minutes before it was made public.

“Having spoken with Les and Mark, they share my views. We are vehemently opposed to this schedule.

“The players haven’t even returned to full-contact training at this moment and yet they are now expected to be in a position to play at a competitive level in just three weeks’ time.

“I have made our feelings known to the EFL and, having spoken with a number of CEOs at other Championship clubs, I am not a lone voice on this matter.

“We are absolutely appalled.”

Warburton echoed his chief executive’s comments, saying it “beggars belief” to be thinking of resuming on June 20 as contact training has yet to restart.

“Staggered,” he told talkSPORT. “I think everyone was staggered last night when the news was suddenly announced late evening.

“I know our CEO, who has been outstanding throughout, had no idea. Our medical side had no idea, nor did I.

“We had told the players earlier on a Zoom call that we thought June 27 would be the earliest and now they’re looking a week earlier.

“We haven’t come back until a week after the Premier League and yet we start on the same day. It’s ludicrous.”

Warburton added: “To get this sort of shock news last night, no consultation whatsoever with them, how can that possibly be allowed to happen?

“We’re going too quickly, it’s far too soon. My concerns are very genuine.”

The PA news agency also understands Stoke are unhappy the announcement was made without consultation with clubs.

Taylor, Chris Solly and David Davis, on loan from Birmingham, have made themselves unavailable for the final nine games with the Addicks in the relegation zone.

Taylor is out of contract at the end of the month and does not wish to play for fear an injury could threaten his chances of a move.

“Lyle has said he’s not going to play because of risk of injury. Chris Solly said the same. [David] Davis, on loan, says he doesn’t want to come back and play games. We’re three players down. It’s just another hurdle,” Bowyer told talkSPORT.

But Bowyer is keen for Charlton to resume their season as they fight against the drop.

“I’ve said from day one, if we’re going to have promotions and relegations you have to play the games that you set out in the start of the season.

“Would I have preferred an extra week’s training? Probably, just to give us that extra week to maybe play another game or two behind closed doors.

“But, yeah, now we’ve been given a date and it’s going to be in our hands and no-one can grumble at that.”