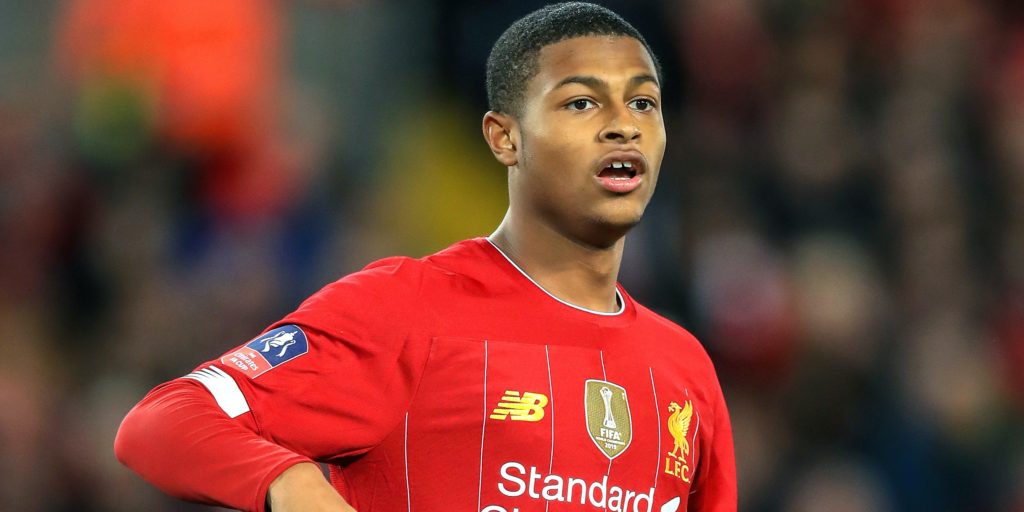 The Liverpool striker has previously said he was racially abused during a game.

Liverpool striker Rhian Brewster has highlighted the urgent need for change and justice in a powerful anti-racism message.

Protests have swept America since the death of George Floyd in police custody in Minneapolis on Monday.

Brewster, 20, who has spoken previously of suffering racist abuse on the field, wrote on twitter: ⁣”This is way deeper than just pointing out who’s staying quiet and who’s speaking up.

“Unfortunately for us black/brown people etc, this is a real life & everyday occurrence in so many different ways.”

“For years & generations we’ve been screaming out for change and to be heard yet the pain continues.

“We’ve all been shown films like Roots, we’ve all seen films like Boyz in the hood where this reality is covered and showcased. Yet we are still living these movies in real life.

“In 2020, today this goes beyond just #JusticeForGeorgeFloyd, we need justice for us as Human beings.

“We don’t want special privilege. A level playing field is all we have been crying for, forever. Hear us. #BlackLivesMatter.”

Brewster said he was racially abused by Spartak Moscow captain Leonid Mironov during a UEFA Youth League game at Prenton Park in December 2017.

The 20-year-old striker has been on loan at Swansea this season.