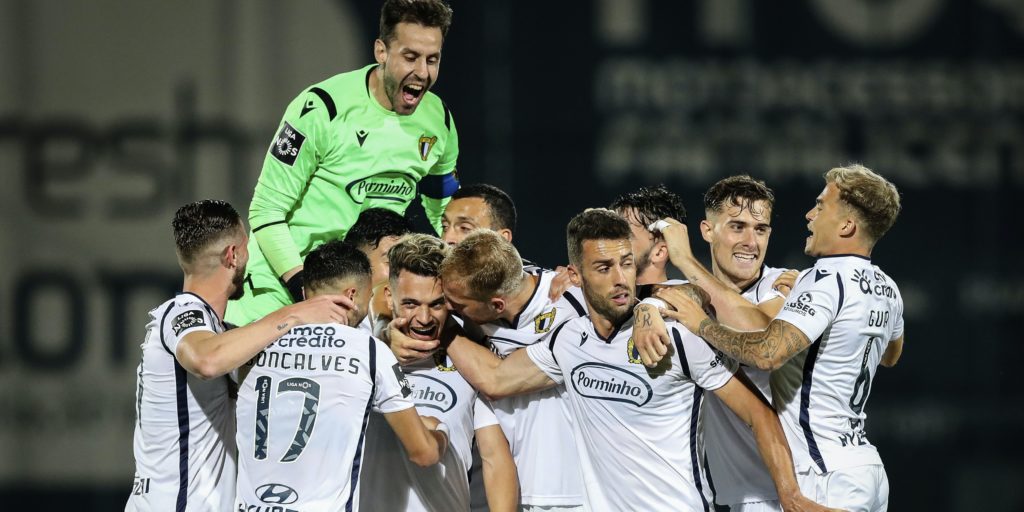 The home side regained the lead ahead after Jesus Corona equalised in the 74th minute.

Porto were on the wrong end of a 2-1 upset away to Famalicao as the Portuguese Primeira Liga resumed in surprising fashion on Thursday.

Sergio Conceicao’s side had put together a fine run of form to overtake reigning champions Benfica before the pause in March, but tasted defeat for the first time in eight matches as the action returned behind closed doors.

After a goalless first half Famalicao were gifted the opening goals just three minutes into the second period. Goalkeeper Agustin Marchesin was culpable, seemingly rattled by the pressing of Toni Martinez when he inexplicably placed the ball at Fabio Martins’ feet.

Porto levelled through Mexican winger Jesus Corona in the 74th minute and, though the scorer’s name was striking for obvious reasons, the quality of his goal deserved the attention. Corona received a wonderful pass from Sergio Oliveira, controlled it expertly and slammed home left footed.

The European hopefuls reclaimed their lead inside four minutes, Pedro Goncalves collecting a one-two and advancing before his 25-yard effort beat Marchesin too easily at his near post.

Benfica, one point behind, now have the chance to reclaim top spot if they beat Tondela on Thursday.

Earlier Lucas Fernandes had the honour of scoring the first goal of the league’s resumption as Portimonense defeated Gil Vicente 1-0.

Fernandes hit the target in the 49th minute to hand his relegation-threatened side three important points.