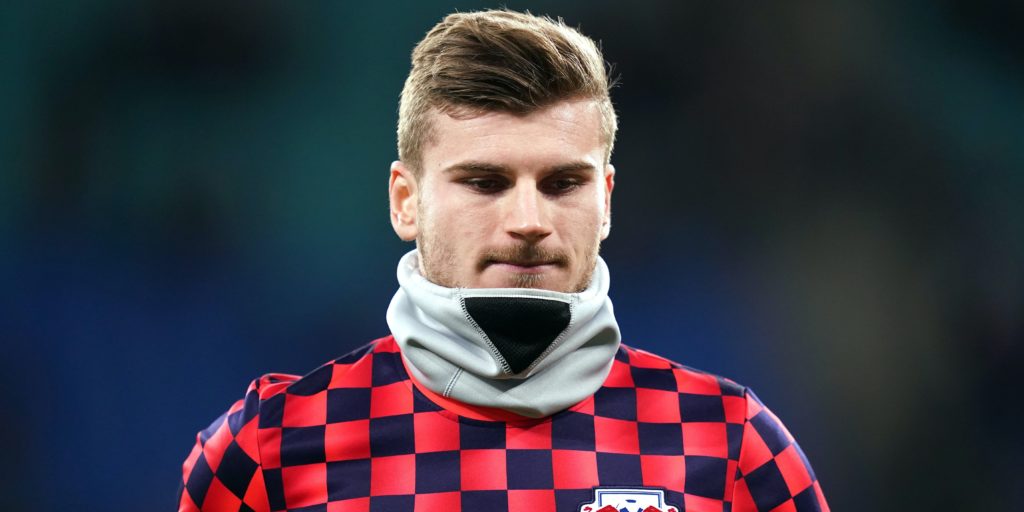 The Germany international striker is having an excellent season with RB Leipzig.

RB Leipzig striker Timo Werner appears to be closing in on his long-mooted move to the Premier League.

Chelsea are reported to have matched the buyout clause of the long-term Liverpool target.

While Erling Haaland and Robert Lewandowski steal much of the limelight when it comes to Bundesliga strikers, Werner has been consistently banging the goals in for some time now. Since joining Leipzig in 2016, the 24-year-old has netted 75 in 122 league games – with 25 of those coming this season.

Werner has been clocked over 100 metres in a blistering time of 11.1 seconds – a stat which is likely to give Premier League defenders plenty to think about.

Man of many talents

Werner is not the sort to limit himself to one sport. Alongside the expected football snaps on Werner’s Instagram account, he is also pictured on the golf course and in a dinghy.

Due to has rapid pace, Werner has been nicknamed ‘Turbo’. The word also accurately describes his rise to the top – he became the youngest player to net a Bundesliga brace with a double for Stuttgart against Freiburg as a 17-year-old.

As a child, Werner used to go mountain running with his father in a bid to improve his chances of making it as a professional footballer. Clearly it paid dividends.