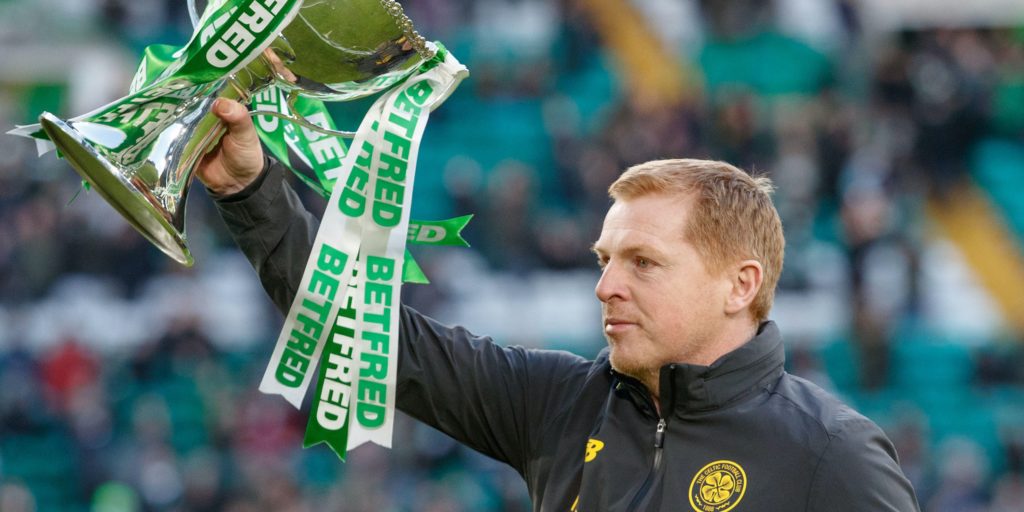 The Celtic boss is the William Hill Scottish Football Writers’ Association manager of the year again.

Lennon has won the award for a third time after leading Celtic to the Scottish Premiership title and Betfred Cup and also the William Hill Scottish Cup semi-finals before the pandemic suspended that competition.

The former Bolton and Hibernian boss had been joined by Motherwell’s Stephen Robinson, Livingston manager Gary Holt and Dick Campbell of Arbroath on the shortlist.

Aston Villa midfielder John McGinn has been voted the international player of the year.

Ryan Christie, Callum McGregor and Steven Naismith had also been nominated for the award.

The winners of the player and young player prizes are expected to be announced next week.

Celtic pair Odsonne Edouard and Callum McGregor are shortlisted for the main award along with and Dundee United’s Lawrence Shankland and Rangers striker Alfredo Morelos.

Aberdeen’s Lewis Ferguson, Hearts left-back Aaron Hickey, Motherwell midfielder Allan Campbell and Ali McCann of St Johnstone are in the running for the best young Scottish player of the season.