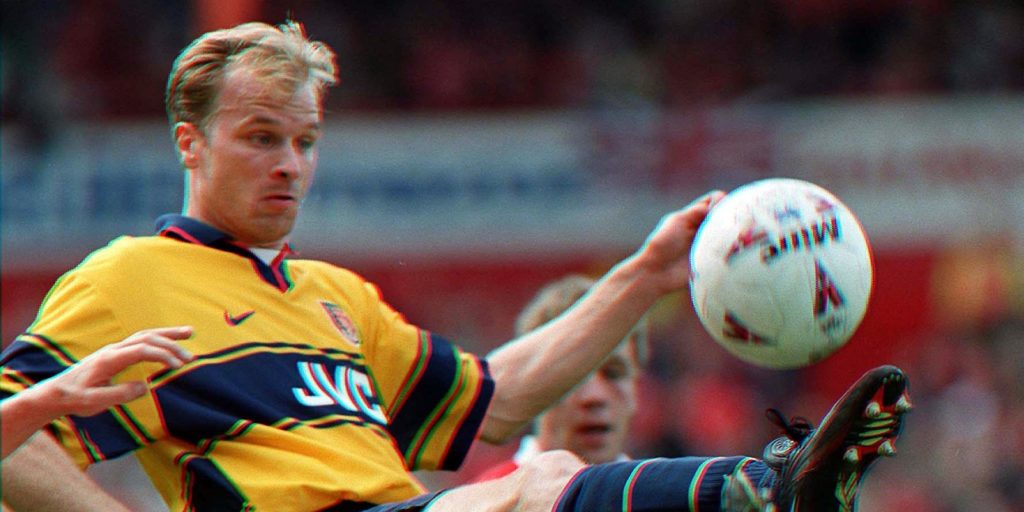 The Dutch forward helped Arsenal to the league ad FA Cup double in the 1997-98 campaign.

It is hard to believe now that for the first few weeks of his Arsenal career, pundits were wondering if Dennis Bergkamp was a bust.

We remember now the immaculate technique, the stunning goals, and the success that flowed as Arsene Wenger stamped his mark on English football.

Bergkamp was the attacking fulcrum of those great Arsenal sides of the late 1990s and early 2000s, but when he first arrived in north London he struggled to find his feet.

Bruce Rioch had broken Arsenal’s transfer record to make Bergkamp his first signing in the summer of 1995, paying GBP 7.5million to end his disappointing spell with Inter Milan.

But though the move would revitalise Bergkamp’s career, it was a slow burner at first with many observers unimpressed until a brace against Southampton in late September proved a turning point.

A much more significant event occurred the following summer when Rioch was replaced by Wenger, and Bergkamp found himself working under a manager with similar ideas and who recognised his best position within the team.

Bergkamp’s returns immediately began to improve, but it was in 1997-98 that he really found his groove as he played an instrumental role in Arsenal’s league and FA Cup double, finishing as the club’s top scorer with 22 goals.

Bergkamp scored his first Arsenal hat-trick away to Leicester in the August of the campaign. The Dutchman named his first goal, in which he took one touch to control the ball and one to beat Matt Elliott before firing beyond Kasey Keller, as his favourite for Arsenal.

After the match, Martin O’Neill declared it “the best hat-trick I’ve ever seen”.

The goals kept coming as Arsenal overhauled defending champions Manchester United at the top of the table, at one point piling up a then Premiership record nine straight wins to establish themselves as the title favourites.

Though Bergkamp’s season was cut short by a hamstring injury suffered against Derby in late April, he was awarded the PFA Player’s Player of the Year award, only the third non-British person to achieve the feat.

Bergkamp went on to win two further league titles with Arsenal, including the famous “Invincibles” success of 2003-04 before retiring in 2006.