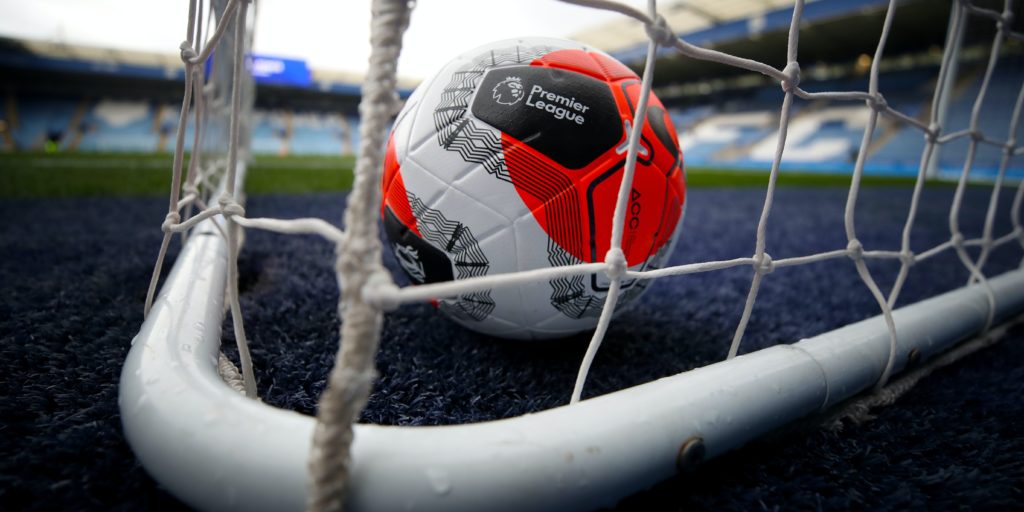 A total of 1,195 players and club staff were tested in the sixth screening session.

The Premier League’s plans for Project Restart have been given a fresh boost after there were no positive cases in the latest round of coronavirus tests.

A total of 1,195 players and club staff were tested in the sixth screening session, which took place on Thursday and Friday, and that yielded the second all-clear.

“The Premier League can confirm that on Thursday 4 June and Friday 5 June, 1,195 players and club staff were tested for COVID-19. Of these, zero have tested positive,” the league said in a statement.

The news is another step in the right direction for the league, which is scheduled to resume on June 17.

That means there have been a total of 13 positives from 6,274 tests administered.

When the action does resume, Premier League stadiums will be divided into three zones as clubs work towards agreeing matchday protocols.

Clubs met on Thursday to discuss some of the logistics and West Ham vice-chairman Karren Brady has revealed how stadiums will be split into three sections.

“We are now in the process of agreeing the matchday protocols, which will include everything from zoning the stadium into red, amber and green zones,” Brady said in her column in the Sun.

“Red zone will be the most severely restricted area, including the pitch, the tunnel, technical areas, changing rooms will be limited to 105 people maximum, to include players, coaching staff, match officials and all the essential staff only.

“And only those who have tested negative for Covid-19 in the past five days can enter this area.

“We will be creating a Clinical Passport System for those who will need to have access to the red zone.

“The amber zone will be restricted to the minimum number of staff required to meet contractual requirements for broadcasting, media and club staff.

“This area includes all interior areas within the stadium and anyone entering this area will be subject to a temperature check and a health questionnaire.

“And the green zone is the stadium exterior, eg car parking.”

The league’s rule that clubs must pick their strongest available team remains is place, while players must not spit, share drinks or shake hands.

Brady added: “In all areas, social distancing needs to be observed and a series of one-way systems and other procedures need to be incorporated to ensure that it is.

“This includes in the dressing room (save for 15 minutes for the pre-match tactical talk by the manager) and the showers.

“A new strict accreditation process will be developed, including an isolation room should someone unfortunately develop symptoms of Covid-19 whilst within the stadium.

“We also have to ensure players refrain from spitting and everything must be disinfected, including the corner flags and match balls.

“There can be no sharing of drinks and no hand shaking.”

Brady also revealed that lower-tier rows of seating in each of the 20 stadiums will be covered by clubs’ insignia and fan representation, TV viewers will experience 360 degree replays and have pre-match tunnel access and all shirts will feature the NHS logo on the front.

Brady added: “So we are in good shape. We are ready. We are raring to go.”