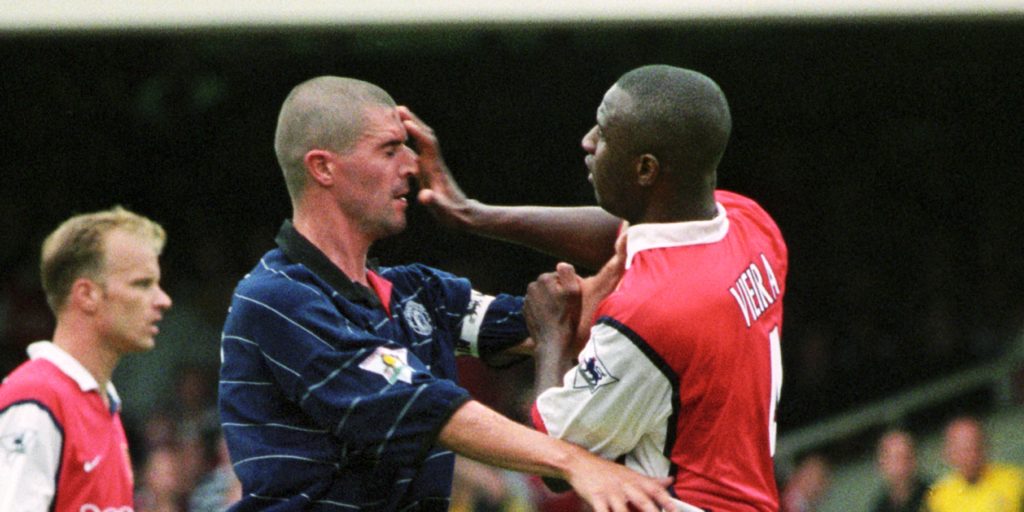 In 1999 United were kings of Europe and had won five of their first seven seasons of the Premier League.

Coming off the back of the club’s historic treble – despite missing the Champions League final through suspension – Keane excelled in United’s midfield.

He scored 12 goals in all competitions as Sir Alex Ferguson’s side successfully defended their title, only losing three times, by 18 points ahead of Arsenal.

Two of his strikes came in a crucial early 2-1 win against Arsenal at Highbury, with Keane netting twice in the second half, including an 88th minute winner, as United hit back from 1-0 down.

But their defence of the Champions League ended in the quarter-finals when Keane scored an own goal in the 3-2 home defeat to Real Madrid, following a 0-0 draw in Spain.

In the background, he signed a new contract until 2004 in December but was left angered by United in the aftermath.

United wrote a letter to fans blaming his new deal for a rise in season ticket prices leaving Keane to rant: “I’m not one for holding grudges but this was a stupid mistake, a bad public relations exercise and something that should never have happened.

“I’m still waiting for my apology but I could be waiting a long time.”