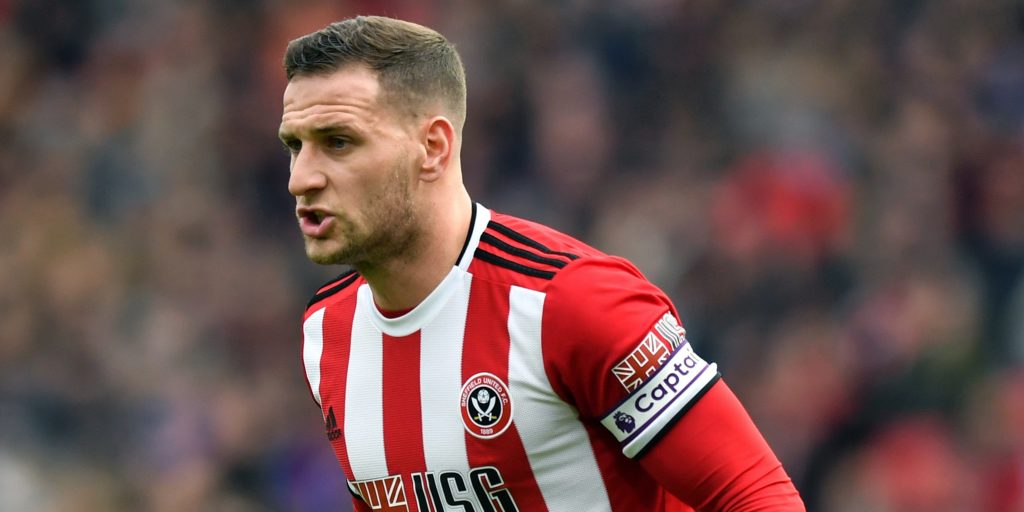 Sharp has agreed a two-year deal while Norwood has put pen to paper until the end of the 2022-23 campaign.

Striker Sharp, who has scored 93 goals in 197 appearances during his third spell at the club, has agreed a two-year deal to keep him at Bramall Lane until the summer of 2022.

Midfielder Norwood, meanwhile, has put pen to paper on a three-year contract, running until the end of the 2022-23 campaign.

Sharp told the club’s website: “This was a no-brainer for me, personally. I’ve said previously about wanting to finish my career here and the talks were pretty simple.

“I want to be a part of this squad for the next two years and see what heights we can reach.

“The manager and the staff have pushed me to get fitter, stronger and have helped me become a better player.

“I was over the moon when the gaffer came to me and this feels like it is the best contract I’ve signed, but I’ve worked extremely hard on and off the pitch to earn the deal.”

Sheffield United will be pushing for a European place when their Premier League season resumes away to Aston Villa on June 17 following the coronavirus-enforced hiatus.

Chris Wilder’s side, who only won promotion to the top-flight last season, are currently seventh – two points adrift of fifth-placed Manchester United with a game in hand.

Norwood said: “There’s been a deadly pandemic that’s hit the country, so it’s taken more time then we’d have all hoped, but I honestly wouldn’t have felt comfortable signing at a time when the club was in a bit of unknown in terms of what it would be losing financially.

“Obviously, though, I’m delighted to commit my future to a club that has had the best of me, but there is so much more to come as I continue to mature and grow as a player.

“I’ll always be grateful to Sheffield United for giving me the chance to establish myself as a Premier League player, but we’re not settling for where we are now.

“We’ve all been written off in the past, but now we’ve made people sit up and take notice, we’ve proved people wrong for a long time now and that’s the mentality of the group.

“We’re now ready to finish the season off and who knows where it will take us.”