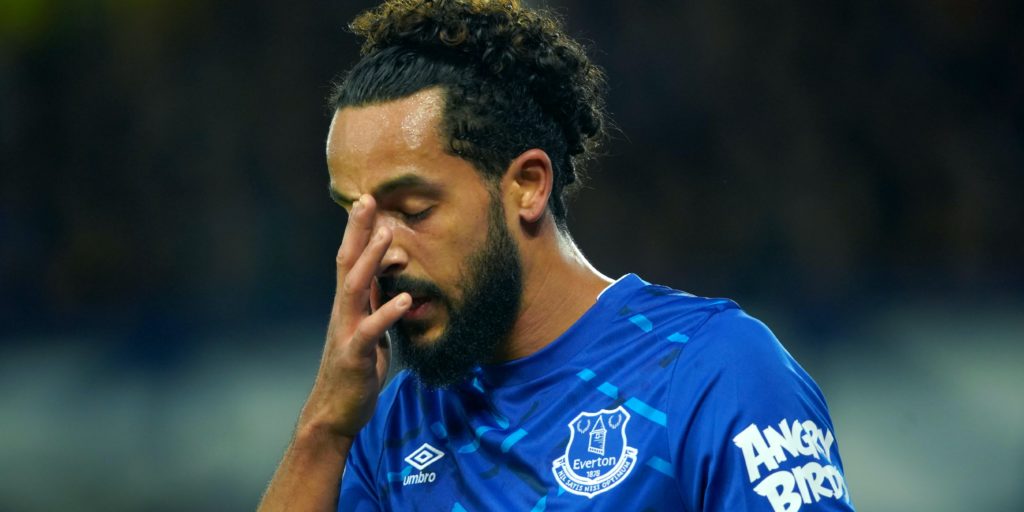 The former England forward has had abdominal surgery.

Everton will be without Theo Walcott when the Premier League resumes later this month after the forward had an abdominal operation earlier this week.

Walcott experienced discomfort on his return to training following the coronavirus shutdown and will require at least a month of rehabilitation.

A statement from the Toffees read: “Theo Walcott is set to miss the restart of the Premier League season after undergoing surgery. The 31-year-old Everton forward had abdominal surgery on Monday evening, having developed symptoms following the first team’s return to training.

“He has now started his rehabilitation under the care of the club’s medical team and is expected to make a return to training in four weeks.”

It is a further blow to Everton before the restart after midfielder Jean-Philippe Gbamin and defender Yerry Mina also picked up injuries.

Everton’s first game back is the Merseyside derby on June 21, a game that could see their city rivals Liverpool clinch their first ever Premier League title.

Walcott has made 25 appearances this season, scoring just once against Watford in February.