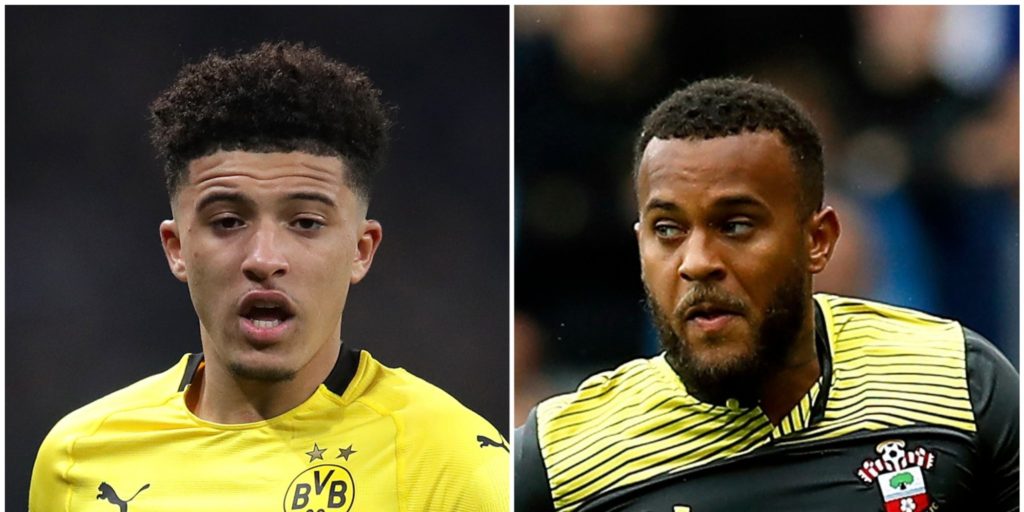 Jadon Sancho and Ryan Bertrand lead the rumours on Thursday.

Borussia Dortmund have put a GBP 115million price tag on Jadon Sancho, the Daily Telegraph says. Manchester United have regularly been linked with the England winger and there has been increasing speculation that he will leave the Bundesliga side in the summer.

Southampton are set to offer 30-year-old Ryan Bertrand a new contract at the club, reports the Daily Mail. The former Chelsea full-back is a target for Leicester, the paper adds.

Arsenal and Sevilla look set to tussle for the signature of Orkun Kokcu over the summer, the Daily Mirror says. The 19-year-old is currently at Feyenoord and has been capped twice by the Turkey Under-21 side.

A quartet of Bournemouth players are set to sign new deals to keep them at the club until the end of the delayed season, according to the Bournemouth Echo. Goalkeeper Artur Boruc, midfielder Andrew Surman and defenders Simon Francis and Charlie Daniels will remain at the Vitality Stadium.

However, Ryan Fraser is set to leave the Cherries at the end of the season on a free transfer after rejecting the offer of a new contract, reports the Sun. The 26-year-old midfielder has been targeted by Tottenham in the past.

Adama Traore: Liverpool are continuing their pursuit of the Wolves man, says the Daily Star.

Santi Cazorla: The former Arsenal midfielder could leave Villarreal when his contract expires in the summer, says Cadena Ser.

Cristiano Ronaldo: The Juventus star could leave the Serie A club over the summer owing to financial problems brought on by Covid-19, according to Sport Mediaset.