Home News As the Premier League action resumes, here’s a recap of what’s happened so far

As the Premier League action resumes, here’s a recap of what’s happened so far 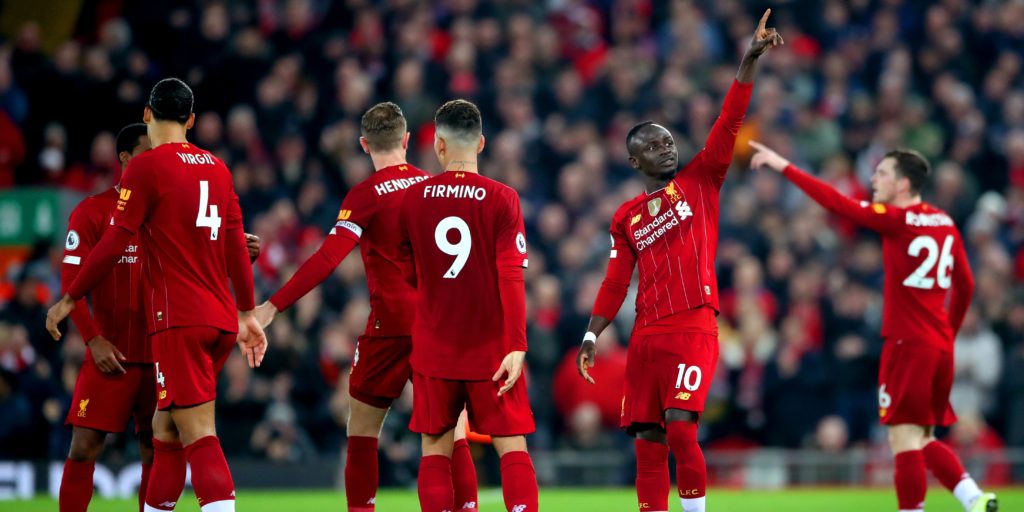 Liverpool started with a win over Norwich – and the teams are currently top and bottom of the pile.

Three months of football fans waiting patiently are nearly at an end as the Premier League is set to resume next Wednesday with Aston Villa versus Sheffield United and Manchester City taking on Arsenal.

Considering the coronavirus-enforced hiatus, it may be difficult to recall how the 2019-20 season was unfolding – although Liverpool’s domination should still be fresh in the memory.

Here, the PA news agency gives a month-by-month breakdown of what was happening up until the pandemic led to the break.

Liverpool’s 4-1 win over newly-promoted Norwich started the season on a Friday night while the European champions also saw off Southampton, Arsenal and Burnley. Manchester City’s title defence started convincingly enough by drubbing West Ham 5-0 but a 2-2 draw against Tottenham was overshadowed by Gabriel Jesus’ late winner being ruled out by the video assistant referee, which would go on to be a bone of contention for managers, players and supporters alike over the following months.

A few months on from leading Watford to the FA Cup final, Javi Gracia was sacked with the Hornets bottom of the embryonic standings. Quique Sanchez Flores was reappointed but just a couple of weeks into his tenure, Watford were thumped 8-0 at Manchester City, who by the end of the month were five points adrift of Liverpool at the top. Jurgen Klopp’s side, by this stage, were still to drop a point as they saw off struggling Newcastle at home before impressive wins at Chelsea and Sheffield United.

Liverpool’s flawless start to the season was ended at Old Trafford – although Adam Lallana’s late goal rescued a 1-1 draw against Manchester United, who were beaten by Newcastle the previous week to relieve some pressure on Magpies manager Steve Bruce. Leicester equalled the Premier League record for the biggest win as they thumped 10-man Southampton 9-0 to temporarily leapfrog Manchester City into second. The Foxes would continue to remain in the Champions League spots until the season was halted.

This was a month of significant upheaval in north London. First, with Tottenham sitting in 14th, Mauricio Pochettino was sacked after five years in charge and only a few months on from leading them to the Champions League final. Twenty-four hours later marked the return of the ‘Special One’ as Jose Mourinho was named Pochettino’s successor. Unai Emery was replaced by Mikel Arteta at Arsenal, while Liverpool beat Manchester City and ended the month 11 points clear atop the pyramid.

Sanchez Flores was ousted just three months into his second stint with Watford, who appointed Nigel Pearson in a bid to lead them off the foot of the pile. Everton and West Ham would make managerial changes as they languished near the bottom, with Marco Silva and Manuel Pellegrini replaced by Carlo Ancelotti and David Moyes respectively. The switches would reap some rewards as all three clubs were out of the bottom three before the campaign was shelved.

At the turn of the year, Liverpool boasted a 13-point lead and they increased that margin by a further six points before the end of January. By that point, a first ever Premier League title and first top-flight crown in 30 years seemed all but a certainty. The only talking point seemed to centre on whether the Merseysiders could emulate Arsenal’s ‘Invincibles’ side from 2003-04. Manchester City, Leicester and Chelsea, with Frank Lampard in his first season as Blues manager, occupied the other Champions League qualifying spots, which continues to be the case now.

Having joined Manchester United on a GBP 47million deal in the January transfer window, Bruno Fernandes started making waves in the north-west as he helped his new club embark on a five-match unbeaten run to reignite their top-four charge. Tottenham, though, started to fall back after a couple of slip-ups and currently sit behind surprise packages Wolves and Sheffield United. Liverpool’s hopes of an unbeaten season went up in smoke after a shock 3-0 defeat at Watford.

By this point, the public health crisis was starting to lead to real fears the football season would first have to be played behind closed doors, while matters were taken even further on Friday, March 13, when the season was suspended. After beating Bournemouth 2-1, Liverpool sat a mammoth 25 points clear of Manchester City and need just another two wins to guarantee the title. Norwich prop up the table with Aston Villa second bottom, while Bournemouth are in the bottom three on goal difference, as they sit level on points with Watford and West Ham.