On this Day in 2006: Roy Keane ends 14-year stint with Manchester United 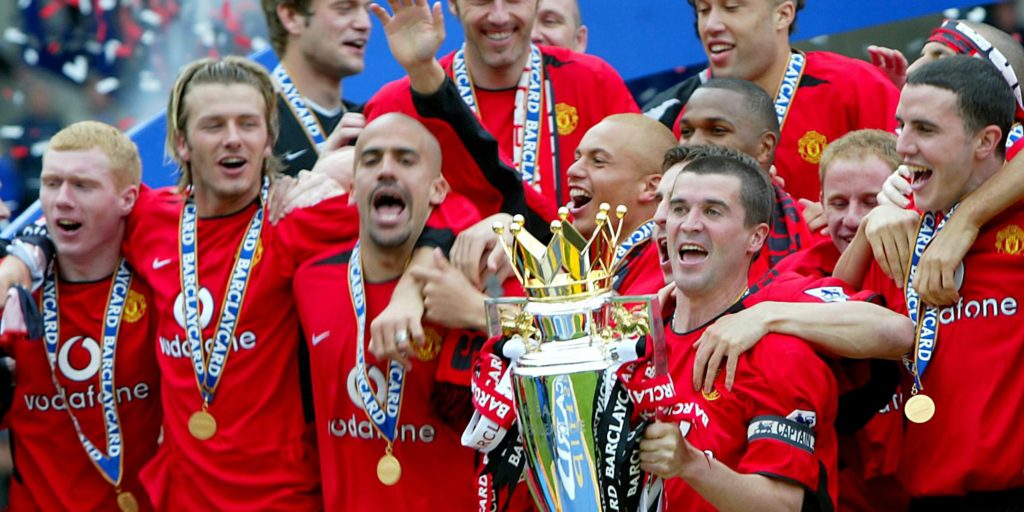 Long-standing injury meant the midfielder brought the curtain down on his Old Trafford career.

Roy Keane brought the curtain down on his illustrious career on this day 14 years ago, the former Manchester United captain claiming medical advice on a long-standing hip injury meant retirement was his “only option”.

Keane made only 13 appearances for Celtic after joining them in December 2005, nevertheless adding winner’s medals in the Scottish Premiership and Scottish League Cup to his enviable collection, before deciding to walk away.

But it was south of the border where he truly stamped his authority. Despite an acrimonious exit from Old Trafford the month before he joined the Hoops, Keane made himself a club great during 12 years at United.

Such was his enormous contribution to the United cause, he ensured his name would be spoken with the same amount of reverie reserved for the likes of George Best, Bobby Charlton, Duncan Edwards, the Class of ’92 and, more recently, Cristiano Ronaldo.

Keane’s lung-busting ability to burst from box to box, or his aggressive style, wholehearted commitment or the obvious inspiration endeared him to United fans but so, too, did the Cork native’s unwillingness to suffer fools.

When he attacked the “prawn sandwich brigade” for failing to support their team, the Red Devils cheered, when he outlined his fears for team-mates who cared more about their “Rolexes and mansions” than their performances on the field, the supporters agreed.

When he stood up to Patrick Vieira in the Highbury tunnel in February and told the Frenchman he would “see him out there” the Old Trafford hordes lapped it up.

However, reported transcripts of what was termed an ‘unbroadcastable’ MUTV interview appearing in print containing stinging personal attacks on team-mates sowed the seeds of his downfall.

Keane’s last couple of years in the north-west were remembered more for his words than his actions, with major hip surgery in 2002, months after a walk-out from the Republic of Ireland’s World Cup training camp, leaving its mark.

But the player who terrorised opposition at home and abroad during the peak of his career is rightly regarded as one of the best midfielders ever to grace the English game.

Anyone who witnessed his display in the Stadio delle Alpi in 1999 when he almost single-handedly hauled United back from a two-goal deficit to beat Juventus 3-2 and earn a place in the Champions League final will never forget it.

That performance was made more remarkable by the fact Keane was booked during the game, robbing the Irishman of the honour of captaining his club in the final. Yet – unlike Paul Gascoigne – there were no tears, just a fierce determination to pull United through.

At the time, it seemed there would be plenty more opportunities for Keane to conquer Europe. But the nearest he came was in 2002 when United were beaten on away goals at the semi-final stage by Bayer Leverkusen.

However, after nearly 500 appearances for the club there would be no trophy shortages for Keane, who helped United to seven Premier League titles and four FA Cups to go alongside a glut of individual honours.

Since hanging up his boots, Keane has had managerial stints at Sunderland and Ipswich and was more recently assistant to Martin O’Neill with the Republic of Ireland, while he has also spent time as a television pundit.