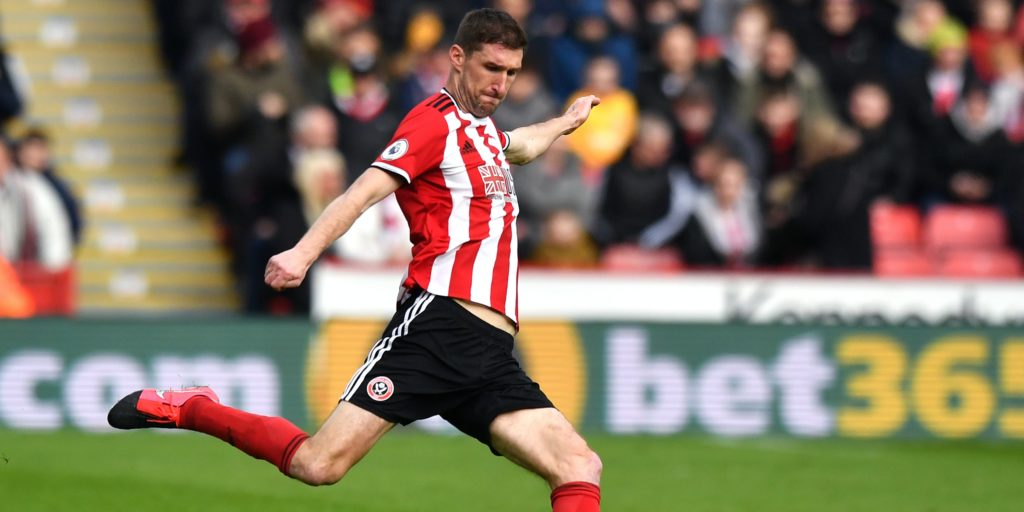 The Blades are sitting in seventh place in the Premier League just five points behind fourth-placed Chelsea.

But the 31-year-old is concerned the new FIFA rule – designed to help clubs better manage the hectic fixture list – will favour those sides with more resources at their disposal.

Basham told BBC Radio Five Live: “I think the substitutes thing that has come in will affect us a little bit because we are not going to be as strong as the top six sides.

“But we we are going to give it a good go and the manager would not let us do anything other than that.

“The manager said we can go from just being in the Premier League, staying up, or we can go and do something we’ve never done before and that is getting into Europe and getting into the Champions League.”

Basham admitted his team-mates, in common with most Premier League players, are still coming to terms with the new sterile environment as the game returns amid strict social-distancing procedures.

Referring to his side’s build-up games, Basham added: “It was an eye-opener getting used to playing in front of no fans and hearing the manager’s voice from the other side of the pitch.

“It is just getting used to the vulnerability of not getting changed together and doing team-talks outside. Everything is still a bit unknown at the moment.”