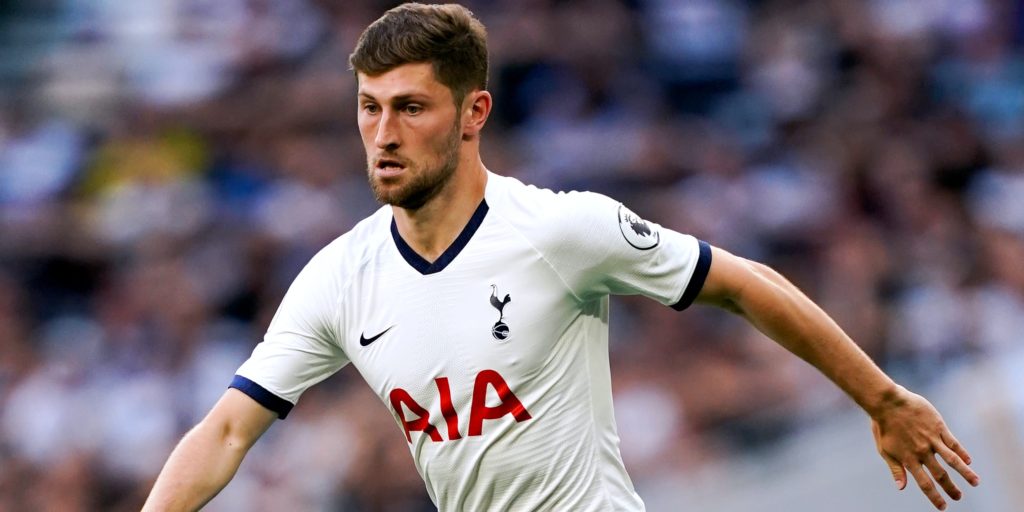 Spurs host Manchester United on Friday in their first Premier League match since the coronavirus pandemic halted the season.

Tottenham defender Ben Davies has admitted Friday’s comeback clash against Manchester United is crucial to his side’s hopes of finishing the Premier League season on a high.

Spurs go into the game in eighth place, four points behind fifth-placed United and a further three behind Chelsea in fourth.

Jose Mourinho’s men limped into the enforced break on the back of a run of six games without a win in all competitions, culminating in crashing out of the Champions League to RB Leipzig.

Speaking to his club’s official website, Davies said: “It is a huge game in our season – if we start off on the front foot it can really give us a big platform and confidence to push on for the rest of the season.

“We know that this game is vital going into the final bit of our season to where we want to finish. It’s been a long preparation for it but we can’t wait to get going.”

Davies played in a two-hour training match against Norwich on Friday, after which the fragility of the restart process was made apparent when it was reported a Canaries player had tested positive.

Spurs were forced to issue a statement confirming that the player in question had not breached any social distancing rules during the match, and preparations for the United fixture would proceed accordingly.

Speaking before news of the positive test, Davies added: “It was really nice to be back and it is something we are going to have to get used to – playing in an empty stadium and making sure we’re up and at it.

“All you want to do as a player is play games and be involved in the best games, and it was stopped abruptly and rightly so at the time. But now we feel like everything is in place to get going again.”