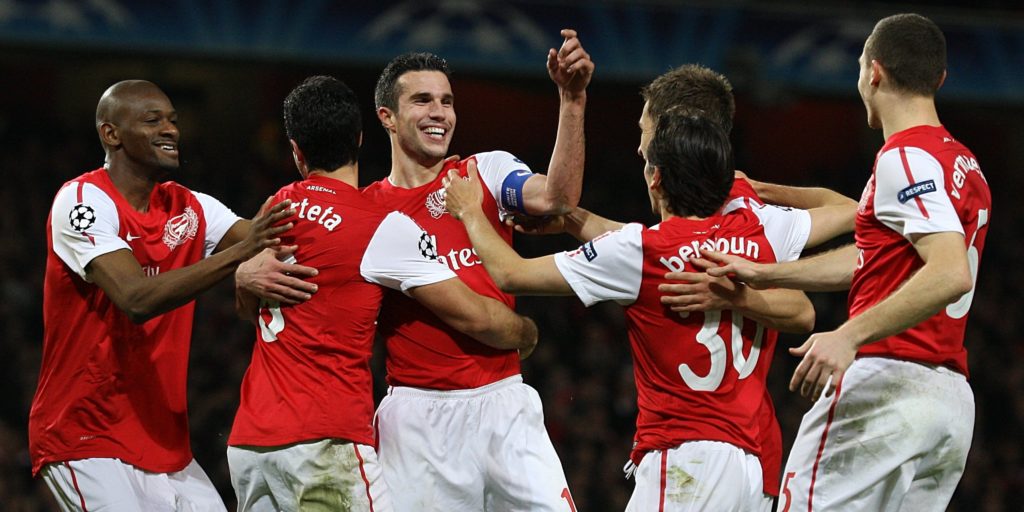 The Dutchman topped the Premier League scoring charts with 30 goals in 38 appearances in the 2011-12 season to help the Gunners to third spot.

Cesc Fabregas’ departure for Barcelona in the summer of 2011 left Arsenal with a sizeable void but Robin van Persie stepped into the Spaniard’s shoes as club captain in supreme fashion over the next months.

Overshadowed in the early years of his Arsenal career by French superstar Thierry Henry, Van Persie’s time in North London was blighted by a succession of injuries which prevented him from showing off his true potential.

But he rose to the occasion when boss Arsene Wenger needed him, leading the Premier League scoring charts with 30 goals in 38 appearances in the 2011-12 season to help the Gunners to third spot and the Champions League once more.

Top of the highlights was a scintillating hat-trick at Chelsea in a pulsating 5-3 victory for Arsenal while he also bagged a treble in a 7-1 rout of Blackburn later on in the season.

In what would prove to be his final North London derby, Van Persie was on the scoresheet as the Gunners overturned a 2-0 deficit to clinch a thrilling 5-2 win.

Wenger admitted Arsenal were too reliant on Van Persie’s goals when he reached 30 for the season with a brace against Norwich, the month after he had collected the PFA Player of the Year award.

With 12 months left on his contract, speculation abounded about his future and shortly after announcing he would not sign a new deal with Arsenal, he joined Manchester United for GBP 24million on a four-year contract.

Van Persie once again finished as the league’s top-scorer as he finally got his hands on the top-flight title. However, after struggling with injuries once again, he left United for Turkish outfit Fenerbahce in July 2015.