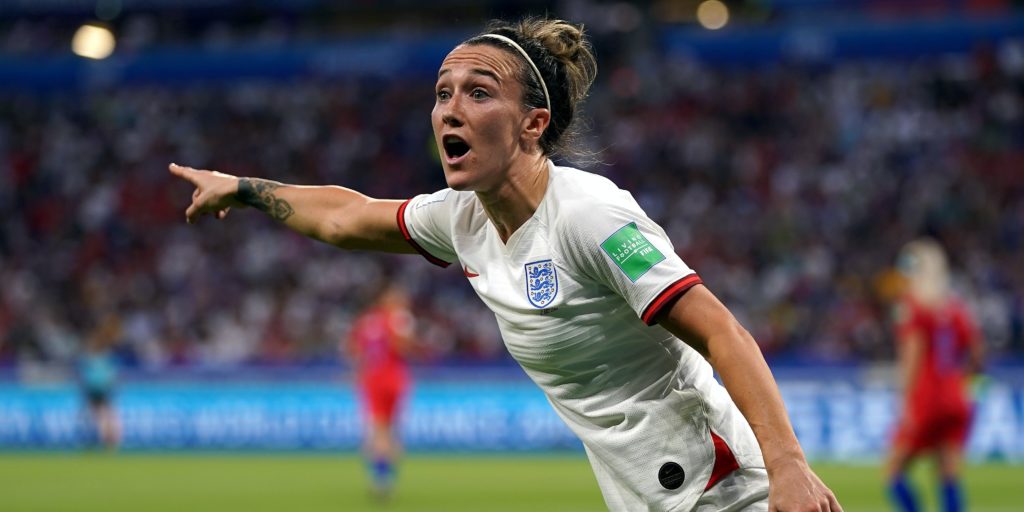 The Lionesses boss is set to step down next year ahead of the delayed European Championships in England in 2022.

Lucy Bronze wants a proven winner to replace Phil Neville as England Women’s coach and insists gender and experience should be a secondary factor in the search for his successor.

Neville is set to step down next year with the Football Association looking to appoint a successor to lead the Lionesses into the delayed European Championships in England in 2022.

And Bronze, the reigning European Women’s Footballer of the Year, believes the search should not be limited either to a woman, or a manager with a record in the women’s game.

Bronze said: “I think now most managers would chop their hand off to be a part of our team.

“Do I think it needs to be a woman? No. Do I think it has to be someone in women’s football? I don’t really think that.

“In women’s football especially, I don’t think that we see that as a difference, whether it’s a male of a female manager.

“If they know what they’re doing on the pitch and they can make us a better team, then bring them in and let’s go and win something.”

But her England team-mate Leah Williamson believes a similar decision to curtail the WSL season was a “massive shame” – and could have a negative impact on the growth of the women’s game.

The Arsenal star admitted while there appeared to be no other choice, it has been difficult to watch her male counterparts return to training ahead of the much-vaunted return of the Premier League this week.

Williamson said: “We were in a completely different position to the men’s in terms of funding and the money available to each club, so I think a lot of the girls were concerned about the potential of next season being affected by going back, or even their own safety and their family’s safety around testing.

“I’d love to be back out there, I’m sure many of the girls would, but the decision was made with many more seasons ahead in consideration, and making sure we don’t jeopardise them from going back.

“But I think it’s a massive shame that we’ve not gone back and if you’ve seen the men do it, there will be a lot of questions around why we couldn’t.”

Williamson and Bronze had been expected to spend the summer stepping up their preparations for next summer’s European Championships.

But with the one-year delay, coupled with the imminent departure of Neville, Williamson is concerned the extraordinary strides made by the women’s game are in danger of grinding to a halt.

Williamson added: “I think that’s the biggest risk of not going back, that you lose the momentum that we’ve been building.

“It’s no secret that the women’s game has been jumping and jumping each year to new heights, so I think that’s the biggest fear – that we’ll lose that when we go back and it’ll be two steps backwards.”

:: Listen to the full interview on Union JACK radio’s The Show Must Go On podcast, which can be found at unionjack.co.uk