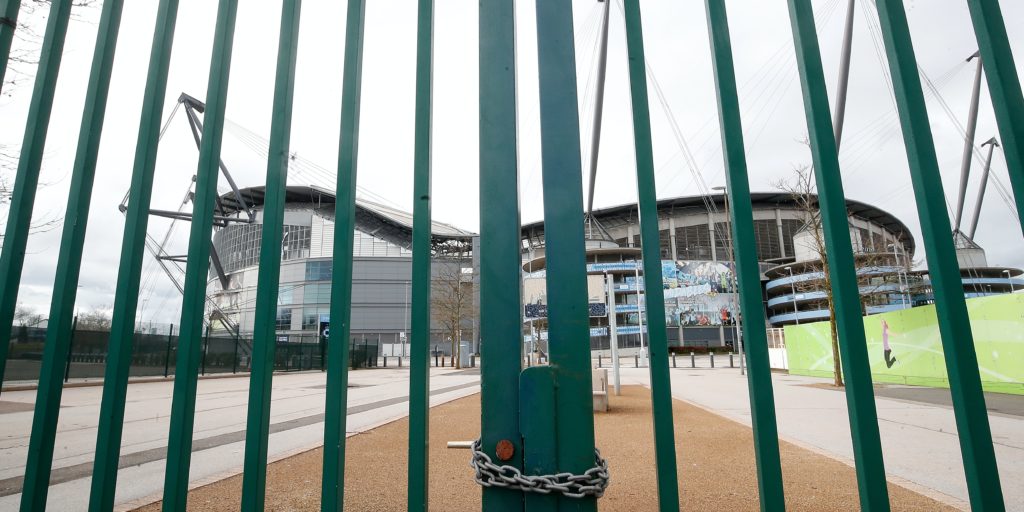 There have been fears that some fans could still turn up outside stadiums, particularly as Liverpool close on their first league title in 30 years.

Sports minister Nigel Huddleston has warned that the prospect of staging Premier League games at neutral venues would be back on the agenda if fans ignore pleas to remain away from grounds as football resumes this week.

The first Premier League match in three months will take place on Wednesday evening when Aston Villa host Sheffield United at 6pm, with Manchester City taking on Arsenal later in the evening – with all matches behind closed doors for the forseeable future.

There have been fears that some fans could still turn up outside stadiums, particularly as Liverpool close on their first league title in 30 years, but Huddleston said that to do so would raise questions over whether play could continue.

“If people do congregate rather than follow the guidance, it will put people in danger and it will threaten football’s future,” he said.

As the Premier League debated the terms of ‘Project Restart’, it had appeared at one point as though all games, or perhaps selected crunch fixtures, would be moved to neutral venues to reduce the prospect of fans congregating in breach of social distancing regulations.

Huddleston said there would be “implications” if advice to stay away was ignored and, asked to expand, he said: “We have had this long debate of whether we have neutral stadia versus home games and I think neutral comes back on the cards if we can’t manage local crowds.

“The police have done a really good job. They have been working with us really closely. Many of them know their fans, they know their local environment, they know the people they are dealing with. They know if there is a problem, they can handle them very well.”

All matches for the remainder of the season will be shown on television, with a number of them to be broadcast free-to-air.

Premier League chief executive Richard Masters said: “Fans are going to get some very clear messages about staying away and watching at home, that’s why matches are on TV.

“We think the messaging is going to be clear, we don’t think there will be any incidents of gatherings outside of football matches.

“So hopefully it won’t occur, but should it occur the progress we have made on neutral venues could be at risk.