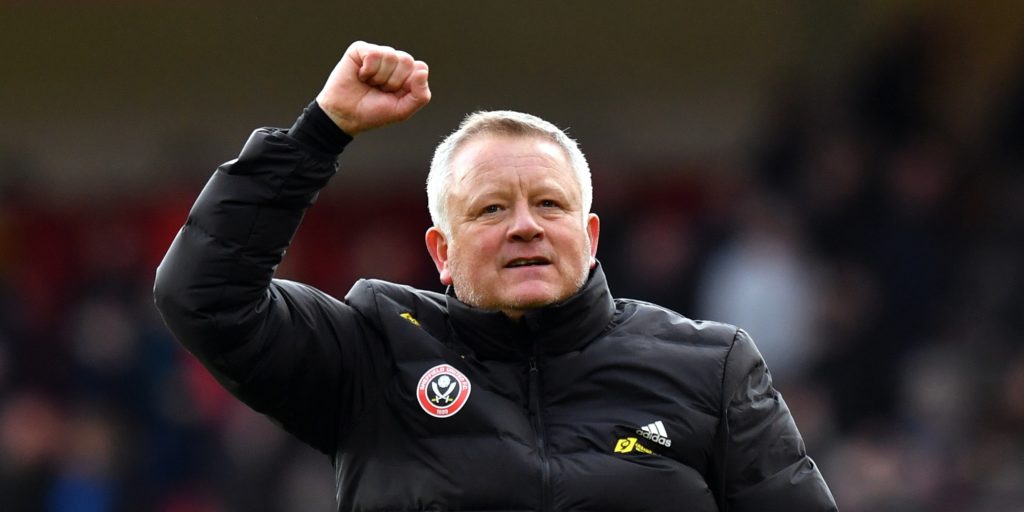 The Blades travel to Villa Park for the fist Premier League days after a 101-day suspension.

Sheffield United will travel to their game at Aston Villa in three coaches and get changed in the stadium’s media room as a new era for the Premier League gets under way.

The Blades head to Villa Park for the first match of Project Restart, with the league resuming following a 101-day suspension because of the coronavirus pandemic.

Football is back, but not as we know it as all games will be played behind closed doors while there are strict safety measures in place throughout the whole matchday experience.

Chris Wilder’s men will be the first side to experience travelling to an away game and the Blades boss says it will be a case of adapting.

“We’re going on three buses, the main actors are on the first one!” Wilder said. “We’ve got to try and make that normal, we have been pretty fortunate to only have three overnight stops along the way.

“There has been a lot of preparation, it has been difficult because hotels have been shut but we have had guidance from the Premier League and we’ve done the health and safety work, there’s been a lot of work by people who won’t be out on the grass on a Saturday afternoon.

“We have prepared the best we can do. Players are fit and healthy and detail we’ve had has been good and clear.

“We understand we’re changing in a big media room at Villa Park, not in changing rooms, so we are going to have to adapt as teams will at Bramall Lane. The social distracting protocol and all the fine details have been explained and distributed to everyone.

“There has been a good amount of detail from Richard Garlick at the Premier League but our staff have been brilliant. It’s not natural for players when there’s a break in play to stand two metres apart and not walk together but they had to adhere to it.

“They’ve taken a huge responsibility and it shows in the number of positive tests that Premier League returned in last few weeks, people sticking swabs down the back of my throat and nose, I have got used to that.

“And minimal numbers of positive tests shows attention to detail that every club has gone to and the responsibility that the players have taken to ensure this goes as smoothly as possible.”