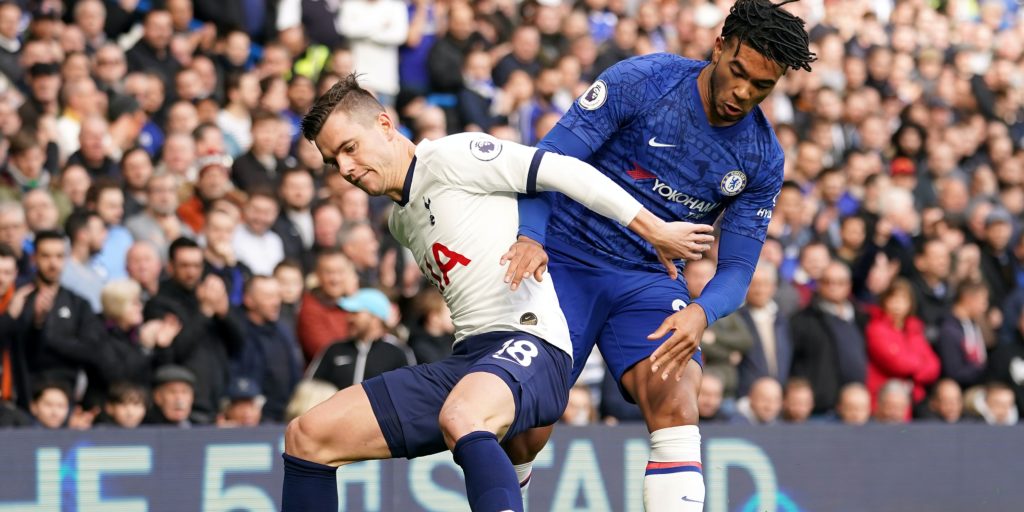 Tottenham will hand a fitness test to Giovani Lo Celso ahead of Friday night’s Premier League return against Manchester United.

Boss Jose Mourinho confirmed the Argentinian was struggling with an injury before the season was suspended in March but lockdown rules meant it could not be treated properly.

Lo Celso, who has been a key player under Mourinho, will be checked on Friday morning.

“He was in very bad conditions in the last three or four matches. He didn’t play against Burnley, he played for 10 minutes and then we tried to have him ready for Leipzig but he wasn’t even ready for Leipzig.

“Because of the rules, his injury is not an injury in need for surgery but needed treatment and daily treatment, needed close contact with physios and fitness coaches working with him but that was not possible. For about two months he was injured and he couldn’t recover from it.

“So when the training ground opened and he started to have treatment, it was not enough to have him 100 per cent. So I’d say only in the past days he’s been training with the team.

“Available for tomorrow, yes I think so. Tomorrow morning we will test if he is going to play 90 minutes. “

Mourinho also confirmed that Harry Kane, Moussa Sissoko and Son Heung-min will start against United, having fully recovered from surgery earlier this year while Jan Vertonghen will be involved despite his contract ending on June 30.

Vertonghen is primed to leave the club at some point this summer, but Mourinho is hopeful they can agree a deal for the Belgium defender to stay until the end of the campaign.

“We and him want him to be with us until at least the end of the season and hopefully Jan and his people and my club can agree that.

“But speaking now until the end of his contract, in the end of June, he’s here to help and of course we totally trust him.”

The three-month hiatus has arguably helped Spurs more than any other club given the amount of key players back from injury.

They have an uphill battle in their bid to make the Champions League as they sit seven points behind fourth placed Chelsea and four behind Manchester United in fifth, which could be enough to qualify if Manchester City’s European ban stands.

“The battle for the top four would be amazing if we all started on the same number of points,” Mourinho said. “Unfortunately that is not the case.

“It’s a strange battle to fight but at the same time it’s a great challenge, a great motivation. I try not to look that difference, I can’t tell you exactly the difference of points we have to our opponents.

“I look to this incredible challenge in the way we have how we have to do it which is every game we have to win, and then we’ll see at the end of our nine matches what we did and what opponents did.”

Spurs will be without Dele Alli after the England international was handed a one-match ban for a social media post mocking coronavirus.

The offence took place in February and Alli immediately apologised and deleted the offending post, but he was still sanctioned.

Mourinho says the punishment was harsh and cited several high-profile misdemeanours from other players in the lockdown.

“I don’t want to say much more than I don’t think he deserves a one-match ban compared with wrong behaviours at much bigger dimensions that happened during this period without any consequences.”