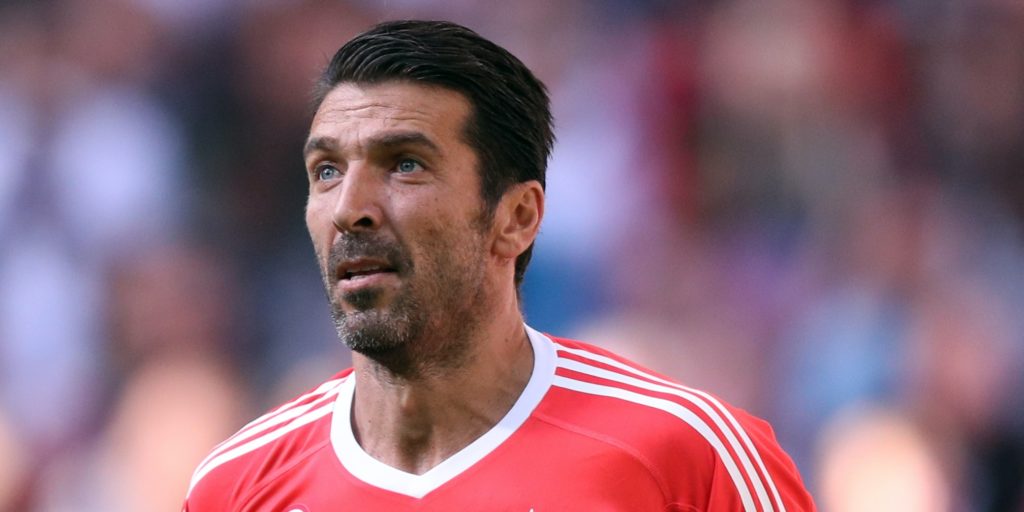 The 42-year-old goalkeeper produced a stunning save to deny Lorenzo Insigne in first-half stoppage time.

Gianluigi Buffon’s heroics were in vain as Napoli claimed their first piece of silverware in six years after edging out Juventus 4-2 on penalties in the Coppa Italia final at the Stadio Olimpico.

The 42-year-old goalkeeper produced a stunning save to deny Lorenzo Insigne in first-half stoppage time before thwarting Nikola Maksimovic and then Elif Elmas in the dying stages to ensure a goalless draw after 90 minutes.

The match headed straight to a shootout, where Paulo Dybala saw his effort saved while Juventus team-mate Danilo blazed over, with Insigne, Matteo Politano, Maksimovic and Arkadiusz Milik all finding the net for Napoli.

An unexpected triumph for the Partenopei in Rome was their sixth Coppa Italia and first since 2014, the same year they won the Supercoppa Italiana after defeating Juventus on spot-kicks.

This is a first piece of managerial silverware for Napoli head coach Gennaro Gattuso, who won the tournament as a player with Milan in 2003 in a glittering career.

Juventus will have little time to lick their wounds as the Serie A season resumes this weekend, with the Turin giants currently atop the standings by just one point ahead of second-placed Lazio.

Mainz increased their chances of survival in the Bundesliga with a shock 2-0 win at Borussia Dortmund, who earlier this week saw Bayern Munich crowned champions.

Second-placed Dortmund will now be looking over their shoulders after this setback, where Jonathan Burkardt opened the scoring after the half hour while Jean-Philippe Mateta struck from the penalty spot minutes after the break.

With just two games remaining, Mainz went five points clear of 16th-spotted Fortuna Dusseldorf, who came from 2-0 behind after 86 minutes to secure a 2-2 draw at RB Leipzig.

Leipzig appeared set to move to within one point of Dortmund after Kevin Kampl and Timo Werner struck shortly after the hour but Steven Skrzybski pulled one back before Andre Hoffmann levelled in added-on time.

Bayer Leverkusen are back up to fourth after seeing off Cologne 3-1.

Sven Bender and Kai Havertz put Leverkusen two goals to the good and although Sebastiaan Bornauw pulled one back, Moussa Diaby restored the two-goal cushion.

Andre Silva and David Abraham struck and although Weston McKennie halved the deficit, Can Bozdogan’s sending off for a second yellow card helped Frankfurt hold on for all three points.

Moanes Dabour scored twice while Ihlas Bebou came off the bench to net as Hoffenheim won 3-1 at Augsburg, whose goal from Ruben Vargas turned out to be a mere consolation.

Atletico Madrid are up to fourth in LaLiga after cruising to a 5-0 win at Osasuna.

Joao Felix netted in either half while Marcos Llorente came off the bench to add a third before fellow substitutes Alvaro Morata, the on-loan Chelsea striker, and Yannick Carrasco also got on the scoresheet.

Raul Garcia’s penalty and Asier Villalibre’s goal helped Athletic Bilbao to a 2-2 draw at Eibar, whose goals came from Kike and a spot-kick from Fabian Orellana.