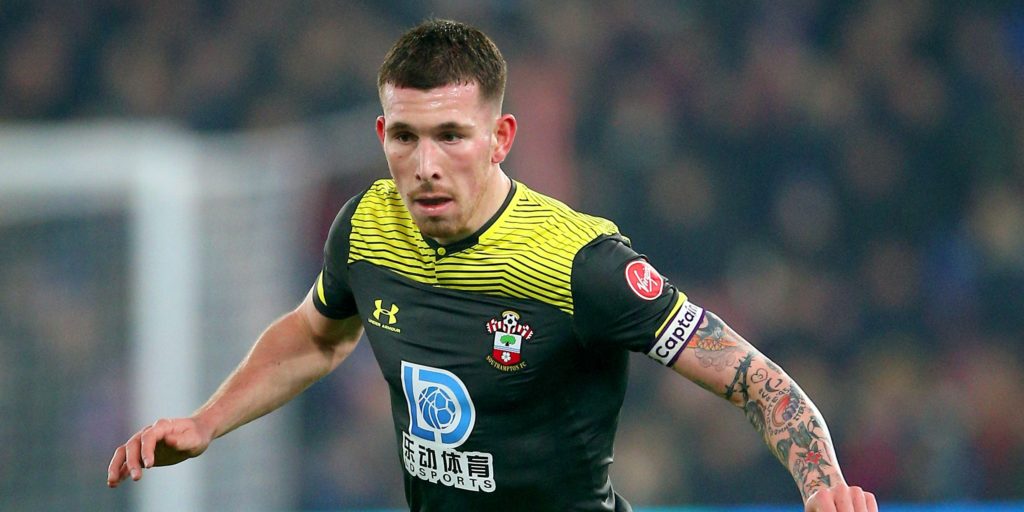 The Denmark star has just over 12 months left on his contract and has spoken of his desire to join a club competing in the Champions League next term.

Southampton midfielder Pierre-Emile Hojbjerg has been stripped of the captaincy, head coach Ralph Hasenhuttl has announced.

The 24-year-old had spoken of his desire to join a club competing in the Champions League next season during the enforced break, and with just over 12 months left on his contract Saints look set to offload the Denmark international at the end of the campaign.

Speaking at a press conference, Hasenhuttl said: “No, he will not be the captain. I spoke to him, we have an agreement.

“He wanted to receive clearly what I think about it, and I said if you do not extend your contract you cannot captain anymore this team. It’s a special situation for such a player who is very professional.

“It’s not a good situation to go into a final year (of your contract), especially as captain, but I think we found a good agreement.”

Hasenhuttl confirmed academy graduate James Ward-Prowse would take the armband for the remainder of the 2019-20 season.

“Our new captain will be Prowsey in the future,” the former RB Leipzig boss added.

“I told him in the friendly game that he was the captain from now, and it’s important we make this decision last week so everybody knows what it is about and everyone can concentrate on his job and that’s what I ask.”

Southampton return to Premier League action for the first time since their 1-0 home defeat to Newcastle on March 7 when they travel to Norwich on Friday evening.

There will be no fans at Carrow Road as the league clash will be played behind closed doors with strict hygiene protocols in place due to the coronavirus pandemic.

Hasenhuttl has been impressed with some of the younger members of his squad since returning to training, and they may feature over the final nine games of the season.

“I think they used their chance quite well in this pre-season, especially the young players (who) showed up and showed they want to push hard, and I’m sure in the final nine games we will see some of the young players performing quite well,” the Austrian said.

“This is important for us, an important message for us, because as you know we are not safe so far, we must take points until the end.

“But it’s also the next season that is coming, then we must have the answers to a few questions, especially on the young players and how far they are on in their development, how much they compete in the Premier League.”