Dundee dealing with ‘significant and unsustainable stress on club’s finances’ 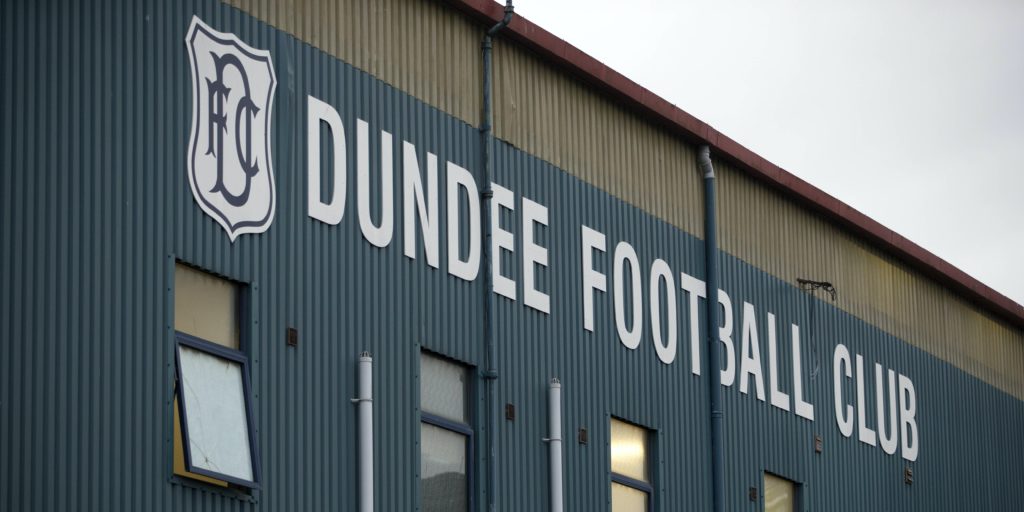 The Championship club are struggling due to the coronavirus crisis.

Dundee are the latest Scottish club to instigate major cuts as Celtic manager Neil Lennon warned the champions were not immune from the coronavirus crisis.

Dundee have followed Aberdeen and Hibernian in launching a consultation period with staff this week.

The Scottish Championship club say they have already lost GBP 500,000 since the start of the pandemic after topping up wages of furloughed employees.

Now they have warned that playing behind closed doors when their season starts in mid-October will have a further impact as they face their revenues being cut in half next term.

In a statement, managing director John Nelms said: “Some optimists think the stands can be filled in October. Others say it is likely to be in 2021. Either way there has been, and there will continue to be, a significant and unsustainable stress on the club’s finances.”

Nelms added that while the club had the “strongest possible bespoke resilience wording in our insurance policy”, any payout would not be clear until after a High Court ruling in late July/early August.

The American said: “It is our sincere hope that the insurance comes through, and for the full amount claimed, but unfortunately there are no guarantees for any of it.

“In the event that our claim is successful, we will be in a stronger financial position; however, it will be months before we recover our loss of revenue from the past financial year, and it is likely we will not be able to collect on this financial year’s losses until well into the 20-21 season.

“This is the grim reality of what we are facing. The continued uncertainty, coupled with the restrictions on the club (and on our other means of resource that bolster the club) has resulted in an unsustainable operating cost structure.

“We now have tough choices that must be considered to reduce these costs in order to protect the future of Dundee FC.

“With less than half our revenues anticipated to be received in the 20-21 season, our club’s operations are under review. The club may need to pause several functions until it is financially prudent to resume.

“Thus starts the difficult conversations, the results of which will have an impact on our people, those whom we have always tried to take care of over the past seven years.

“We will be entering into a period of consultation with them to discuss the consequentials as the club braces for the future.”

The Celtic players and coaching staff plus executives and directors accepted both wage cuts and deferrals in April lasting until the end of June and manager Neil Lennon expects further information from chief executive Peter Lawwell soon.

“Peter and the board will gauge that week by week,” he said. “At the moment we are all on a deferral and cuts until the end of this month and they will probably take a view on that at the end of June.

“It’s imperative that we try and get the sport up and running again, particularly in this country. The club and some of the staff behind the scenes are at the forefront of that.

“I wouldn’t say we are in a strong financial position but we are in a reasonable sort of strength at the minute. But the longer it goes on the more it eats away.

“We are not immune to the financial damage it has done, not only to the sporting arena, but social and cultural as well. So we have to cut our cloth accordingly. It’s not going to be easy, we understand that.”