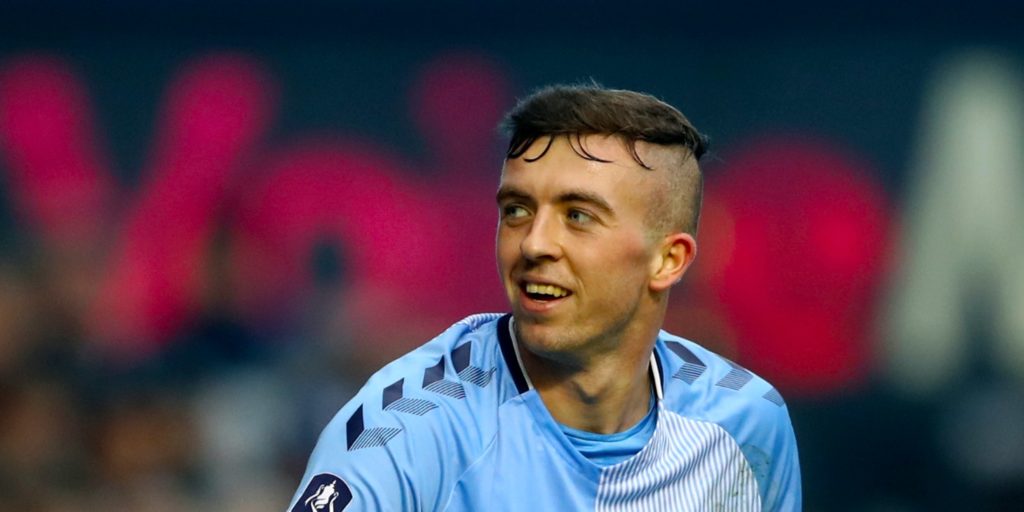 Midfielder Shipley has won two promotions in three years with the Sky Blues.

Coventry are ready to reward Jordan Shipley with a new deal to fend off potential approaches from several clubs.

The newly crowned Sky Bet League One champions are keen to tie the midfielder down after Shipley helped end their eight-year exile from the Championship.

The 22-year-old has a year left on his contract and has attracted interest from Ipswich, Portsmouth and Doncaster during the season.

Birmingham were also keen but boss Pep Clotet is now leaving at the end of the season and there will be little money to spend at St Andrew’s.

Shipley only penned a new deal until 2021 last summer but the Sky Blues are preparing to look at a further extension.

He came through the club’s academy and the PA news agency understands he is keen to remain at Coventry.

Shipley made 42 appearances and scored seven times before the season was halted by the coronavirus pandemic in March.

He has played 120 times for Coventry, netting 16 goals, since making his debut in 2017, and helped them win promotion from League Two in 2018.

The 22-year-old’s contract at Villa expires at the end of the month, although the Premier League side would be due compensation.