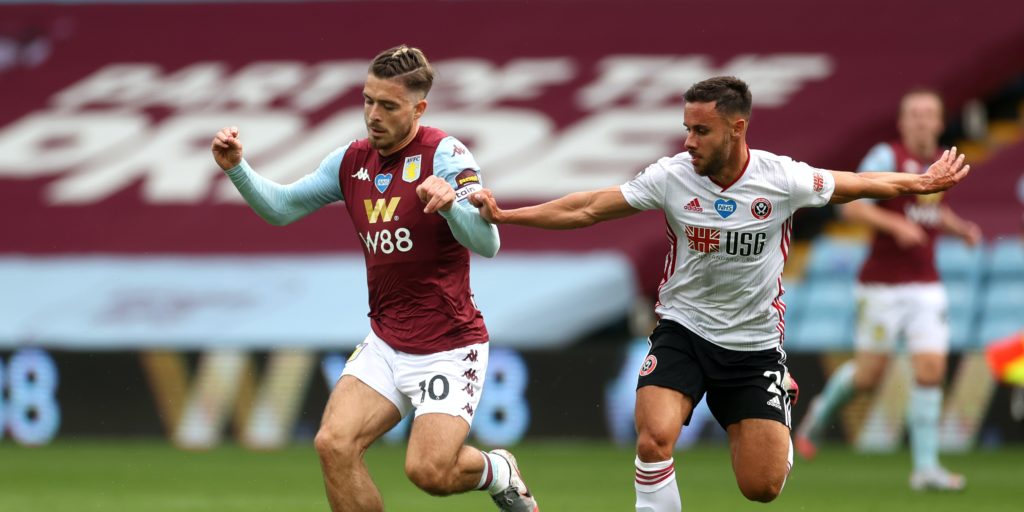 Villa host Chelsea on Sunday after restarting the Premier League on Wednesday.

Villa host the Blues on Sunday, with games behind-closed-doors for the rest of the season amid the coronavirus pandemic.

They earned a point after goal line technology failed when goalkeeper Orjan Nyland carried Oliver Norwood’s free-kick over the line but referee Michael Oliver’s watch did not register the goal.

But Grealish, who has been charged with driving without due care and attention and failing to stop at a scene of an accident after he broke lockdown rules in March, has found adapting to an empty stadium tough.

“People said it would be different once we got out there because you would know it is on TV and there are millions watching,” he told Villa TV.

“It’s weird. You do feel it is like a game behind closed doors, probably like a non-competitive game.

“You try not to think like that because it is a competitive game and you are fighting for points.

“But it is hard, if I am honest. All we can do now is give our all to the end of the season and try to get results

“I love playing with fans and performing in front of fans and showing what I can do.”

Chelsea loanee Danny Drinkwater, who missed Wednesday’s draw through injury, cannot play against his parent club, while John McGinn will be assessed as he returns from a fractured ankle.

Bjorn Engels (Achilles) is out along with long-term knee injury victims Wesley and Tom Heaton.

“I thought his impact was really good but it was what I’d seen in the last four weeks of training and in the practice matches we’d had,” he told a press conference.

“He’s going to be a top player. He’s a lad who has come through the academy and I’ve always said I’ve been a big fan of him and that the biggest problem is keeping him fit.

“He’s had a few little niggles and injuries over the last 18 months, and he needed a long period without injury. This mini pre-season has been able to give him that.”