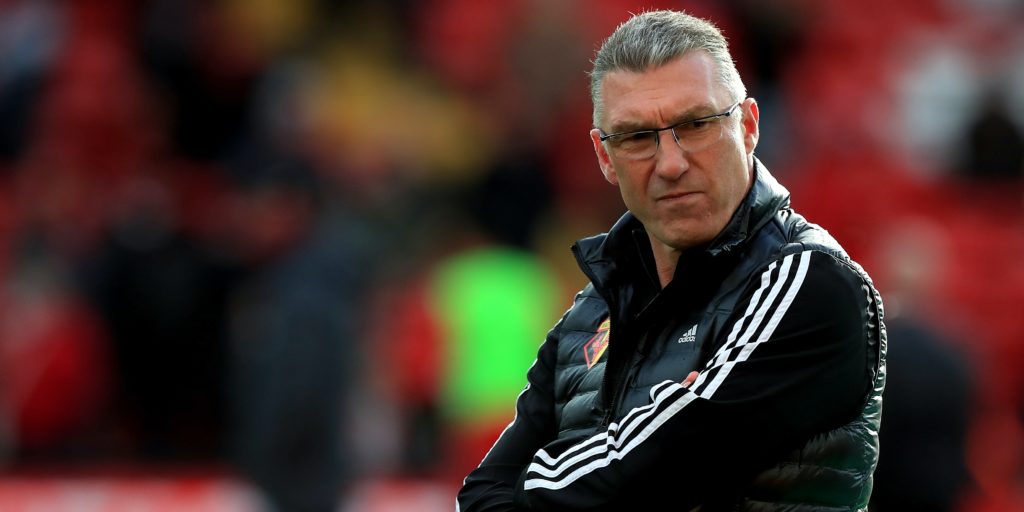 Watford are back in action at home to Leicester in Saturday’s early kick-off.

Having publicly doubted the leadership capabilities of Prime Minister Boris Johnson earlier in the coronavirus pandemic, Pearson turned his attention to Hancock.

With Premier League football returning on Wednesday night – and Watford back in action at home to Leicester in Saturday’s early kick-off – Pearson no doubt has his mind set on keeping the Hornets in the top-flight.

But, speaking ahead of the game against his former club, he spoke out after Hancock had previously called on Premier League players to take a pay-cut during the global outbreak.

Hancock also referred to Marcus Rashford as ‘Daniel’ in the aftermath of the Manchester United and England striker’s campaign which saw the government make a U-turn and offer free school meals during the traditional summer holiday period.

“Whenever decisions need to be made in difficult situations it’s very easy to be critical of people who are in positions where they have to make decisions,” Pearson said.

“The simple answer to that is there has been quite a bit of confusion. I don’t think that would be unfair to say that. There are questions of timing, of whether we made interventions quick enough.

“It’s not for me to add to, that will go on at higher levels than certainly my own opinions. I don’t like some of the stuff that… I didn’t like Hancock’s dig at the players. I thought that was poor.

“Yes, there have been mistakes made but I don’t think now is the time for me to really say much more than that. But if you are in a position of authority and leadership you need to show it.”

Asked specifically about Rashford’s impact and after jokingly calling the forward ‘Daniel’ – Pearson was full of praise for the 22-year-old.

“In my experience, players are easy targets sometimes and I think there has been lots of very, very good work done behind the scenes,” he added.

“I don’t think Marcus Rashford has done anything to promote himself. He’s just a very, very decent young man and it seems to be a shame that it takes somebody in his position to actually facilitate something like what has happened.