Leeds beaten by Cardiff on return to Championship action 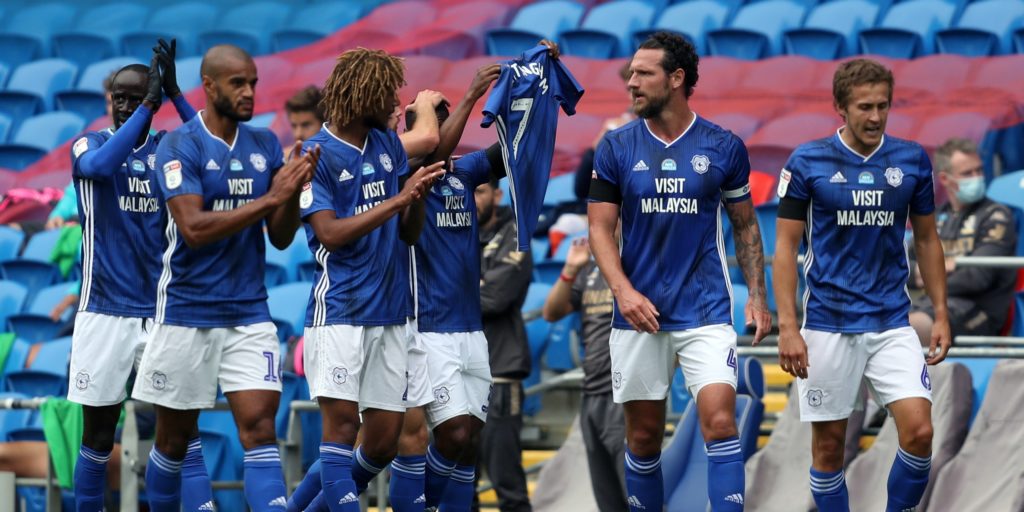 The promotion favourites were seen off by goals from Junior Hoilett and Robert Glatzel.

Sky Bet Championship promotion favourites Leeds suffered a setback on their return to action as they were beaten 2-0 by Cardiff in the Welsh capital.

Junior Hoilett and Robert Glatzel scored in either half for the play-off-chasing Bluebirds, with both goals coming from Leeds mistakes.

Marcelo Bielsa’s men dominated possession and created plenty of chances, but this was not their day and errors at the back proved their undoing.

Hoilett had the game’s first chance after a quiet opening. The Canadian cut in from the left but his low, scuffed shot could not find the target.

Leeds forward Helder Costa then went down in the box under a challenge from Joe Bennett, but no penalty was given.

Kalvin Phillips saw his free-kick hit the wall and his rebound deflected wide, while Ben White headed over the bar as Leeds looked to take control.

They came closest when Cardiff’s Dion Sanderson put a poor back pass out for a Leeds corner. Luke Ayling headed the resulting delivery, forcing home midfielder Will Vaulks into an acrobatic clearance yards from his own goal.

It was against the run of play when Cardiff took the lead in the 35th minute.

Leeds’ Phillips gave the ball away in midfield and Hoilett picked up possession and drove towards goal.

His left-foot shot from distance beat Illan Meslier, who should have done better. Hoilett celebrated with a Cardiff shirt sporting the name of Peter Whittingham, the former Bluebirds midfielder who died in March, and the home side went to the break ahead despite having just 34 per cent of possession.

Jack Harrison had seen a goal-bound shot blocked by team-mate Patrick Bamford – who was offside – just before the break, and the second half followed a similar path to the first.

Leeds dominated the ball, with Costa putting in a dangerous cross, while Cardiff’s Callum Paterson headed wide at the other end. Bamford then headed down for Tyler Roberts, who was denied at close range by a smart Alex Smithies stop.

Cardiff introduced Glatzel and Nathaniel Mendez-Laing for Paterson and Albert Adomah and the two substitutes made an immediate impact to double Cardiff’s lead.

Leeds captain Liam Cooper gave away possession to Mendez-Laing in sloppy fashion and he passed inside to Glatzel, who still had plenty to do. The German’s impressive shot went in off the post.

Bielsa’s side could not muster a response – despite home captain Sean Morrison clearing off the line – as Cardiff moved level on points with sixth-placed Preston, while Leeds are tied with West Brom at the summit, seven points clear of the chasing pack.