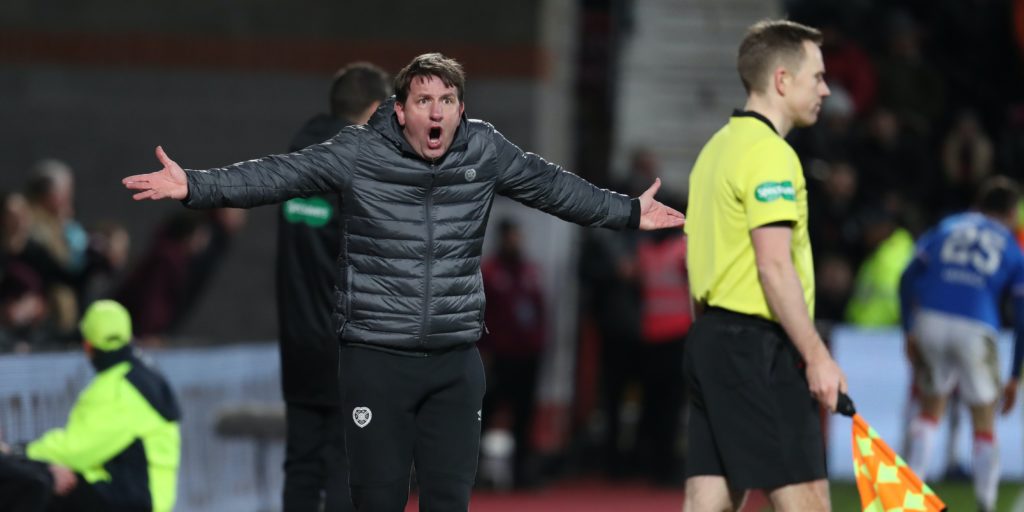 The German was replaced at the Jambos’ helm by Robbie Neilson.

Hearts owner Ann Budge claims Daniel Stendel would have been a success had it not been for the coronavirus pandemic – despite replacing the German manager with Robbie Neilson.

Stendel’s contract was annulled when Hearts were relegated following the vote to end the season but his future remained in the balance as the club attempted to preserve their top-flight status through league reconstruction and now legal action.

However, any hope the former Barnsley boss had of staying in Edinburgh was quashed on Sunday when Budge pulled off a shock appointment of Neilson after paying compensation to Scottish Championship winners Dundee United, one of the targets of her legal bid.

Budge said in a statement: “The news that Robbie is to return to Hearts has taken everyone somewhat by surprise.

“It was my stated intention to prioritise the appointment of a sporting director, prior to confirming any new manager appointment. However, in all businesses, even ‘the best-laid plans’ may have to be altered to cope with changing circumstances.”

Neilson was the most successful of Budge’s managerial appointments when he stepped in on the day she took the reins in May 2014.

The former Hearts defender led the club to an emphatic Championship success ahead of Hibernian and Rangers and left them in second place in the Premiership to go to MK Dons.

After Ian Cathro and then Craig Levein were sacked, Stendel only won twice in 14 league games to leave Hearts four points adrift when the coronavirus crisis halted the season.

Budge said: “While Robbie agreeing to come back is excellent news, it does mean we have to say goodbye to Daniel.

“The uncertainties surrounding Scottish football in general, and Hearts’ situation in particular, has put enormous pressure on all of us, not least Daniel. He has shown great patience and understanding throughout this enormously challenging time. I cannot thank him enough for the support he has given to our club.

“None of us expected our relationship to be so short-lived but then none of us ever expected to have to deal with the effects of a global pandemic. It is clear that all clubs are having to rethink their short-medium plans and we are no different.

“I do want to thank Daniel very sincerely for his fantastic support and leadership during his short spell with us. He made a big impact on our operation and we are much better for having had his services.

“Had it not been for Covid-19 and its impact, I have no doubt that Daniel would have had a very successful and enjoyable time here at Hearts.

“Daniel became a firm fans’ favourite in a very short space of time. On behalf of everyone here at the club, the board, the staff, the players and, of course, the supporters, I want to wish him and his assistants, Jorg Sievers and Dale Tonge, the very best of luck for their future success. They will always be welcomed back here at Tynecastle.”

While Budge stunned most of Scottish football with her move on Sunday, Levein was not surprised to see Neilson return.

The former Dundee United boss, who ended his six-year spell as Hearts director of football last month, told the BBC’s Scottish Football Podcast: “I had a long conversation with Robbie in November and at that point he intimated he’d like to come back to Hearts at some point.

“I didn’t think it would be as soon as this, obviously, but he did say to me that at some point he’d like to come back so I’m not surprised.

“I don’t want to put words in his mouth but I think he regretted leaving at the time that he did. You’ve got to remember he went to Hearts as a 15-year-old kid so he’s got a really strong connection.”

Levein also expects Budge to appoint a chief executive in the near future while Hearts are also trying to bring Craig Gordon back to Tynecastle after the goalkeeper’s Celtic contract expired.