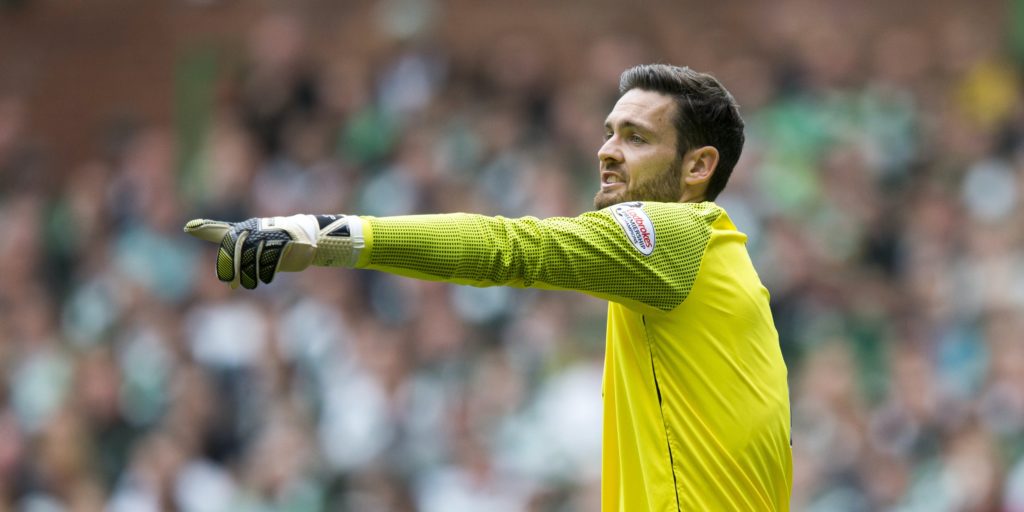 The 37-year-old could return to his boyhood club.

Craig Gordon would be open to playing for Hearts in the Scottish Championship after being disappointed with the way contract talks with Celtic have started.

The 37-year-old rejected an initial offer to stay with the Hoops and has not heard back from the club.

Hearts are one of the teams to make their move and Gordon is considering a return to the club where he started his career.

Celtic are hopeful of re-signing last season’s number one, Fraser Forster, but any deal with Southampton could take a long time to complete following his successful loan spell, and Neil Lennon also has Scott Bain in his squad.

Gordon will want first-team football at his age and with his Scotland career to think of and he could be on his way out of Celtic despite talks over a new deal.

“They did speak about it a few weeks ago,” Gordon told talkSPORT. “The negotiations haven’t been particularly good, I’ve got to be honest. It has dragged out. I feel it could have been handled an awful lot better but I don’t want to say too much on that.

“I have had a fantastic time there over the six years and I still want to be able to speak to them and see what they have to offer, and what they are thinking for my role for next season, if they want me to stay.

“So there’s still a little bit of chat to be had there and see exactly what they are looking for.

“But I would have liked things to be sorted out before now with them, but with that said that leaves the door open for everyone else to make an offer.”

Gordon admits there was a major gulf in pay associated with the new offer.

“Of course, and it was absolutely enormous, so there wasn’t much chance of that being a possibility of a deal,” he said. “It was a long way short of what I was expecting from them, so that’s what I have told them. As yet they have not yet come back with anything else.”

Gordon added: “There’s teams in Scotland that I have been speaking to. I am in talks with Hearts so we will just see what happens on all those fronts but I’m in no rush to make my decision.”

Hearts have taken legal action in a bid to avert relegation but Gordon did not rule out stepping down a division after making only six first-team appearances last season.

The former Sunderland player said: “Hearts is such a huge club, and it was my boyhood club so they mean that much to me so it doesn’t matter what league they are in. That doesn’t come into play too much.

“Everything that goes on will all go into my decision – what division teams are in, how many games they are playing… It’s all things I will have to consider in the next few weeks.”