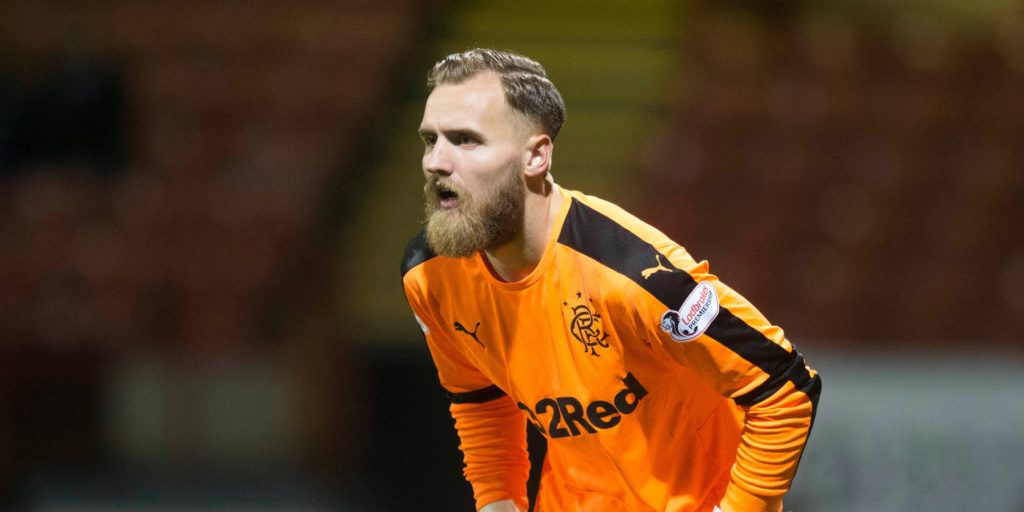 St Mirren have signed goalkeeper Jak Alnwick from Rangers on a two-year contract.

Alnwick made 11 appearances for Rangers after arriving in a reported GBP 250,000 deal from Port Vale in January 2017 but played regularly during loan spells with Scunthorpe and Blackpool.

Alnwick, whose Rangers contract expired last month, told St Mirren’s website: “I’m delighted it could get done so quickly. I knew straight away after speaking to the gaffer and hearing the plans he has in place and what he wants to achieve that it was going to be the right move.

“He told me about the ambitions of the football club, the direction its going in and to be honest he didn’t need to sell it too much.

“Lee Hodson is my best friend and I spoke to him straight away. He said it was a brilliant family club and spoke really highly of the club.

“I feel I have some unfinished business here. I looked at my time at Rangers and I didn’t really play many games up here but it’s a league I felt I could do well in and it’s time for me to show what I can do up here.”

Goodwin added: “It was a well-documented position that we need to fill and Jak was one of our top targets. We’re absolutely over the moon to get him in and get working with him.

“Vaclav Hladky left here with everybody’s best wishes but I think we have brought in a very able replacement in Jak. He’s got great experience for someone relatively young and, for me, is going into the best years of his career.”