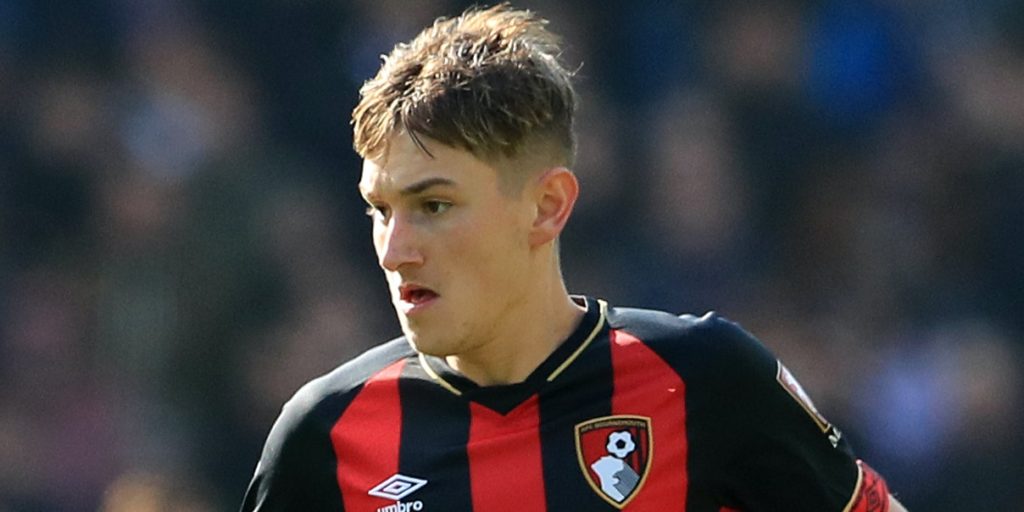 The Wales international had not played a competitive match for 12 months prior to Saturday.

David Brooks is ready to stand up and be counted in Bournemouth’s battle to stay in the Premier League.

The winger made his return from a long-term ankle injury in Saturday’s 2-0 defeat at home to Crystal Palace.

It was the 22-year-old’s first competitive appearance in 12 months and, while he impressed, he could not prevent the Cherries suffering a defeat which leaves them in the bottom three.

Eddie Howe’s side have a tough final eight fixtures of the season, but no one at the Vitality Stadium has lost hope of beating the drop.

“It was obviously nice to be back out there playing again but obviously the emotions are a little bit angry and demoralised with the result and how we performed,” Brooks said.

“We know what’s at stake to the fans, the club and ourselves, and the pride we carry ourselves on.

An injury in a pre-season clash with Brentford last July saw Brooks miss the start of the campaign, but the issue proved to be more serious than initially thought and he required a second ankle operation in December.

The suspension of football in March due to the coronavirus pandemic further delayed his comeback, but the former Sheffield United attacker is delighted to be fit again.

“It has been hard,” Brooks admitted. “Watching the boys, especially when they’ve been getting the results that they have, you obviously want to be on the pitch trying to help them.

“But it was out of my control, I just had to keep working hard to come back for the restart of the season and thankfully I’ve made it.”

Brooks’ return is a timely boost for Bournemouth, who will be without wantaway winger Ryan Fraser for the rest of the season.

The Scottish ace is out of contract on June 30 and boss Howe revealed ahead of Saturday’s clash that he would not play again for the club.

Fraser and Brooks starred for the Cherries in the 2018-19 term, with the pair netting eight and seven goals respectively.

“I’m quite good friends with Ryan off the pitch,” Brooks said. “I don’t really want to speak too much on his situation. It’s his life, it’s his career. He’s obviously chosen his situation.

“The gaffer has made it clear that if you don’t want to be in it with us right to the very end, then you won’t play.

“Ryan has decided to move on his career. All the boys have wished him the best of luck, but he’s not really got anything to do with the rest of the season for Bournemouth now, so we’ve got to pick ourselves up, move on and try to get out.”